- November 11, 2011
Went over to mum friend's resort this morning for a visit but we end up staying there for 2 night. I think previously it was a bakery over there. 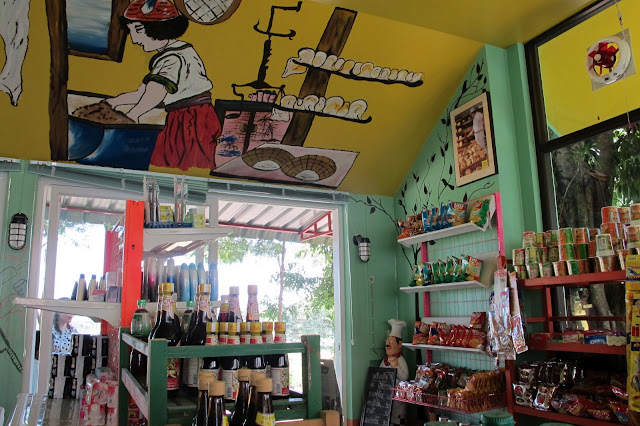 Resort provision shop, have almost everything you need. 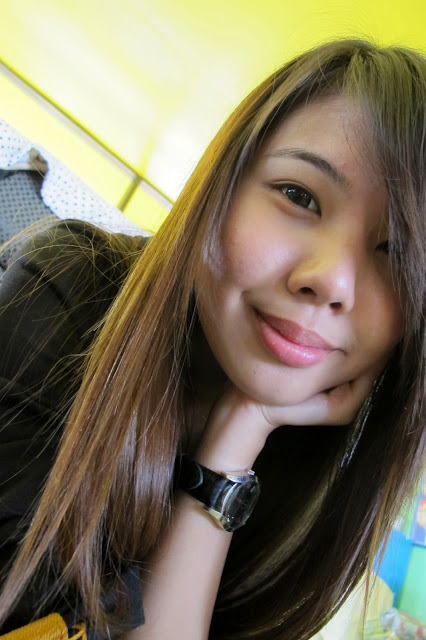 Later we went to have buffet, sadly the food doesn't suits my taste because almost everything is vegetable and I don't know how to eat. 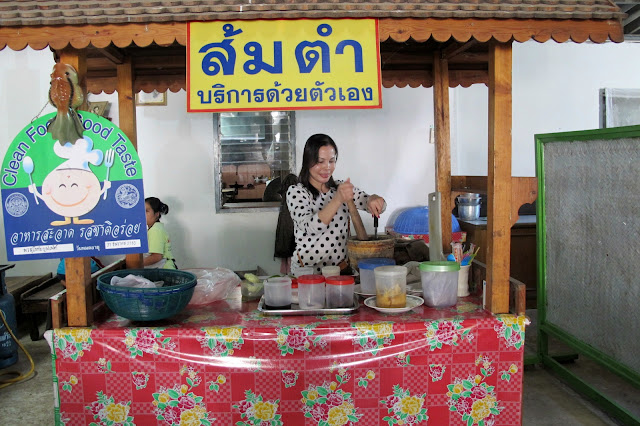 Mum doing salad at one of the buffet booth 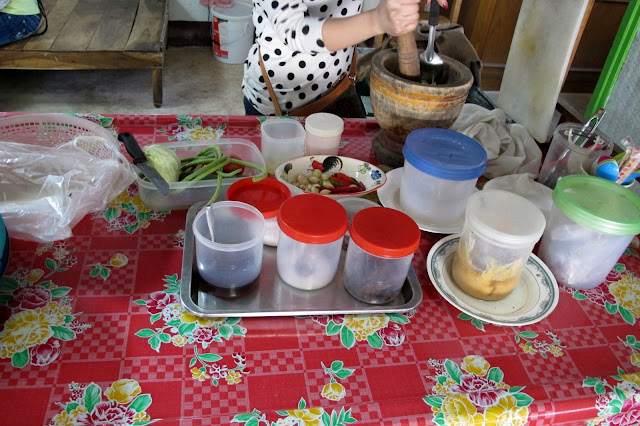 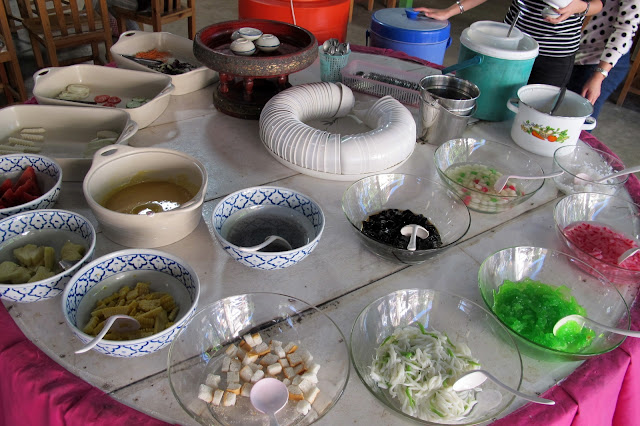 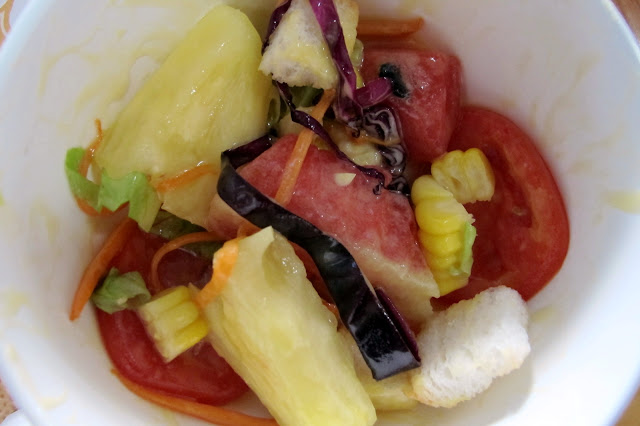 The ingredients I picked for my desert

At night we went for Loy Katong event at the place where people have their identity card done. PS.Forget the road name. The festival is held every full moon of the 12th Thai month. Read more about Loy Katong on Wikipedia

Picture below is some of the vehicles and beauty representing their village for vehicle contest. 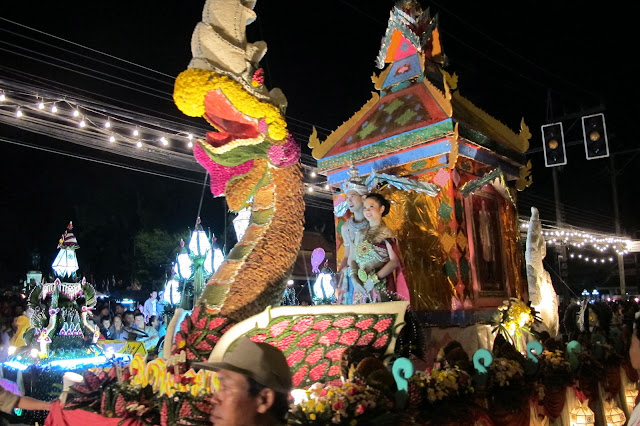 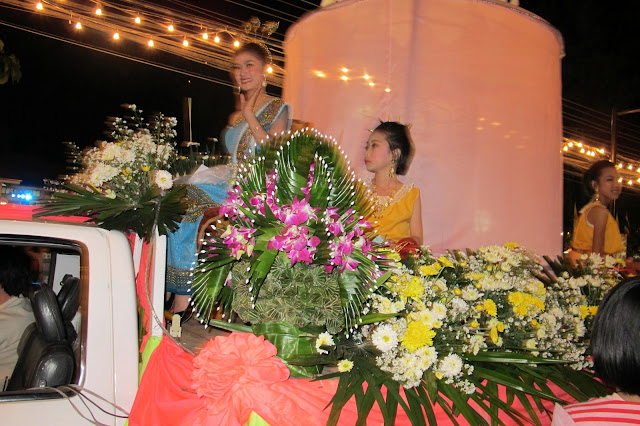 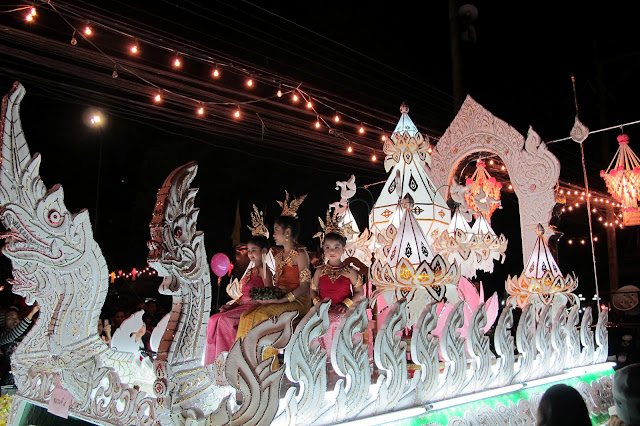 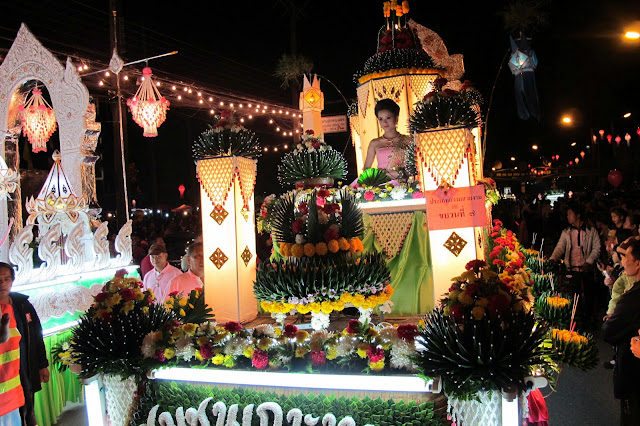 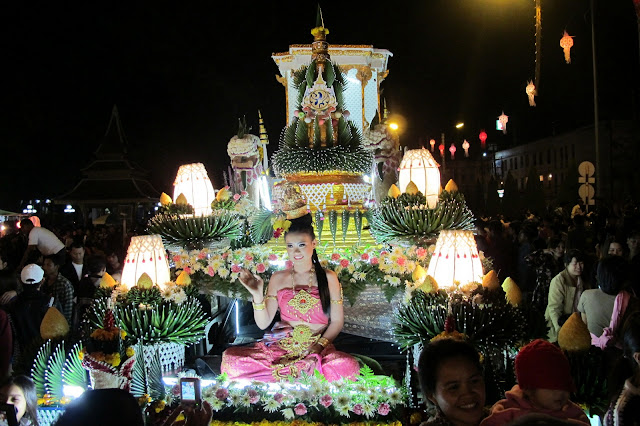 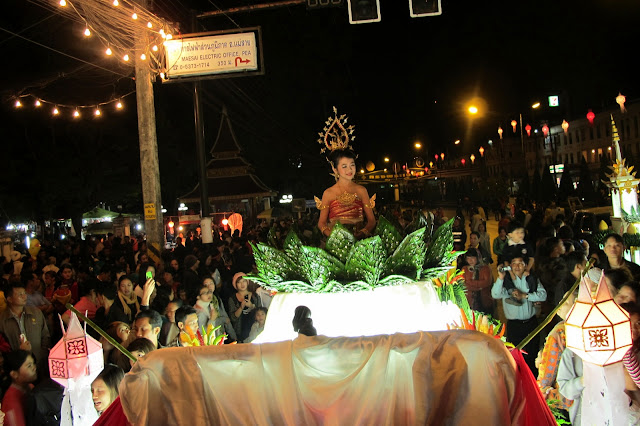 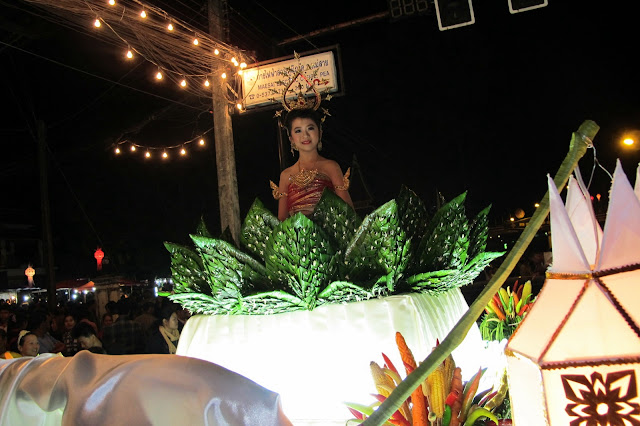 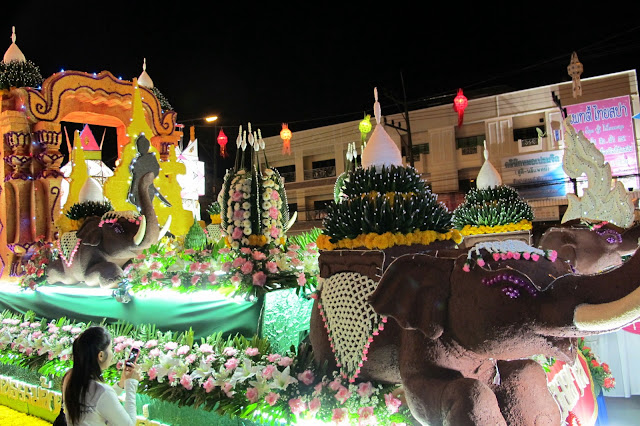 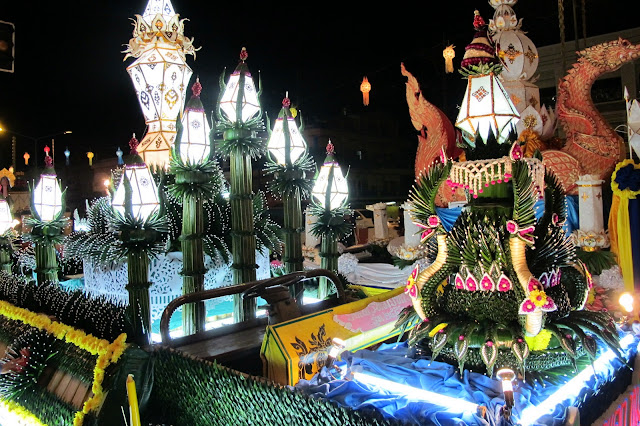 This vehicle is sponsored by my mum friend

Picture below is ladies from beauty contest most of them age 15 to 17. 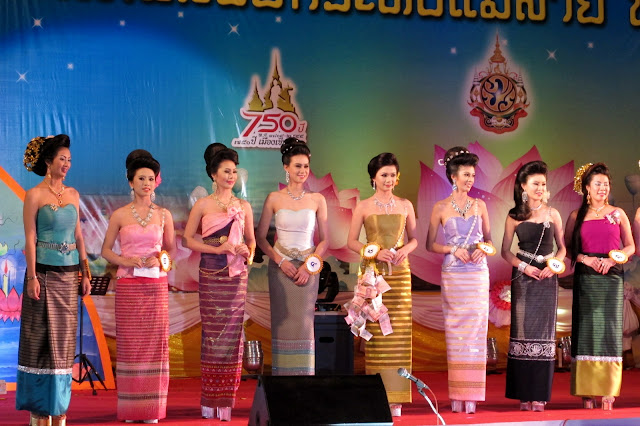 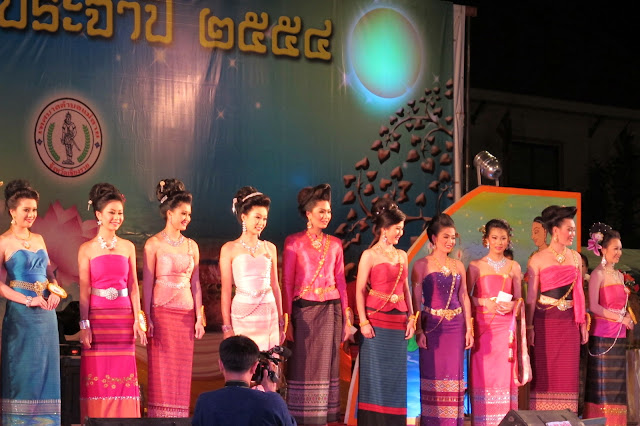 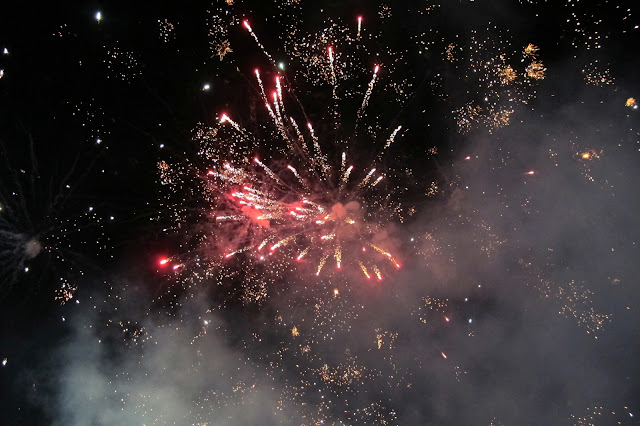 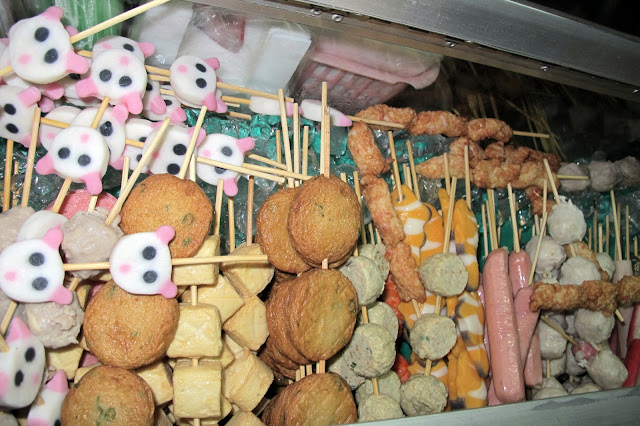 Love the sausage sell by this kind of stall, delicious~ 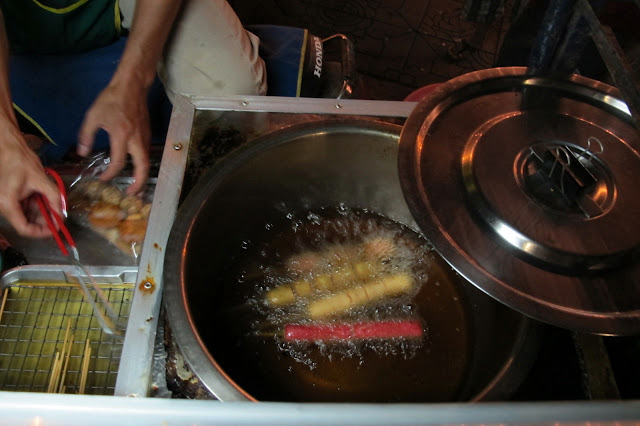 Using a pot to fried it 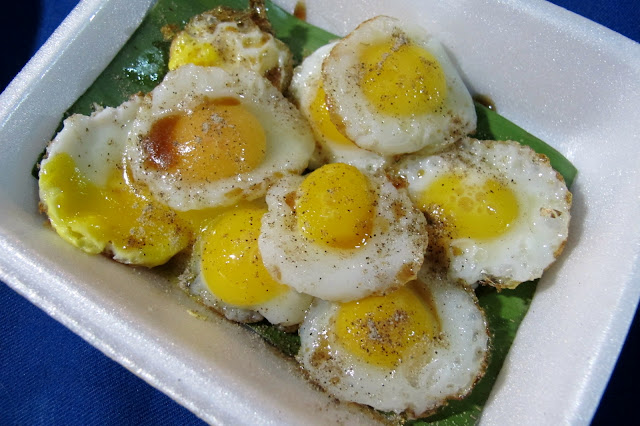 This is fry quilt egg, thumbs up for it!!! 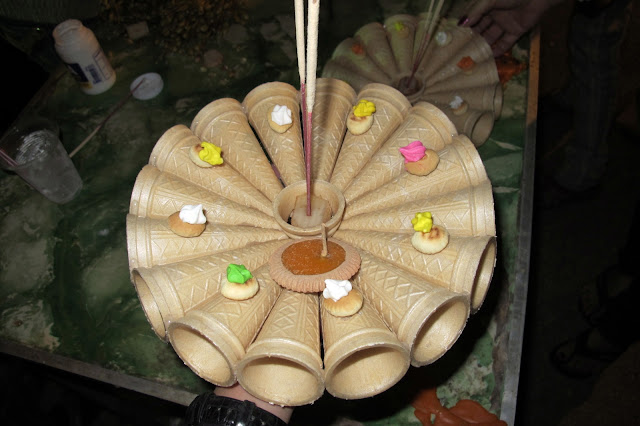 After the event has end we went to a nearby river to buy some katong and let it float off the river. 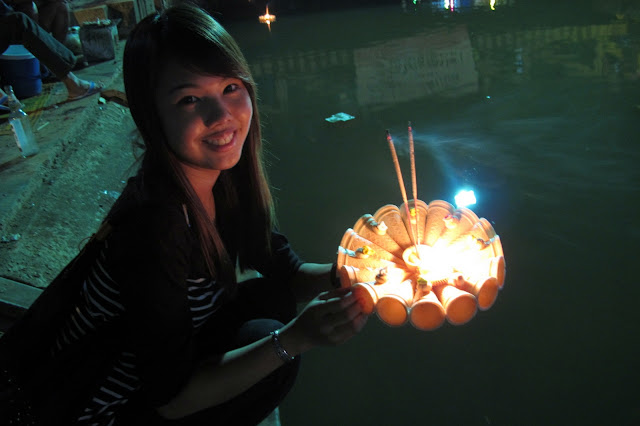 Loi literally means 'to float,' while krathong refers to the lotus-shaped receptacle which can float on the water. Originally, the krathong was made of banana leaves or the layers of the trunk of a banana tree or a spider lily plant. A krathong contains food, betel nuts, flowers, joss sticks, candle and coins. Modern krathongs are more often made of bread or styrofoam. A bread krathong will disintegrate in a few a days and be eaten by fish and other animals. The traditional banana stalk krathongs are also biodegradable, but styrofoam krathongs are frowned on, since they are polluting and may take years to disappear. Regardless of the composition, a krathong will be decorated with elaborately-folded banana leaves, flowers, candles and incense sticks. A low value coin is sometimes included as an offering to the river spirits. During the night of the full moon, Thais will float their krathong on a river, canal or a pond lake. The festival is believed to originate in an ancient practice of paying respect to the spirit of the waters. Today it is simply a time to have fun. From Wikipedia