- January 03, 2018
So glad to survive year 2017, my life then was just full of ups and down; just so freaking emotional.
Just like how my hair survived multiple bleaching and still feeling fine.

Recover from one of my life goals after much dedication in saving up money from my part-time events/talent job, did ReLEx SMILE at The Lasik Surgery Clinic by Dr Daphne Han! FYI my surgery was on 28 December 2016 and my astigmatism was at 1.50 for both eyes. 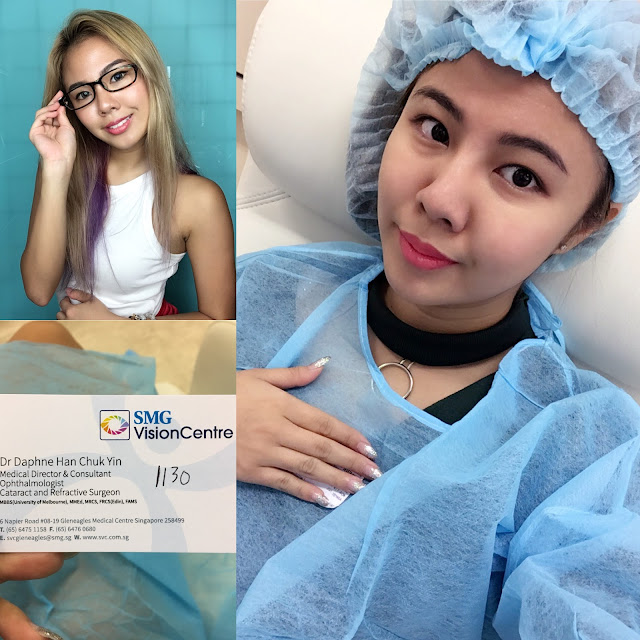 ReLEx SMILE (Refractive Lenticule Extraction, Small Incision Lenticule Extraction) is the next generation of laser vision correction surgery. Cost slightly more than LASIK due to the new technology, it is bladeless, flapless, and micro-incision refractive eye procedure that corrects visual problems including short-sightedness and astigmatism. Becuase no flap is created, the healing time is much faster than traditional LASK, the procedure takes just a few minutes with minimal discomfort. Hop over to their website for the prices if you are curious.

No idea what the hell have I been doing these while, probably just rotting my life away.

Somehow went viral on Faves Asia spoof video (not something to be proud of):

Learned how to bake cheesecake, spend nearly a thousand dollars on this self-taught lesson in the span of a month. Probably because I was too free. 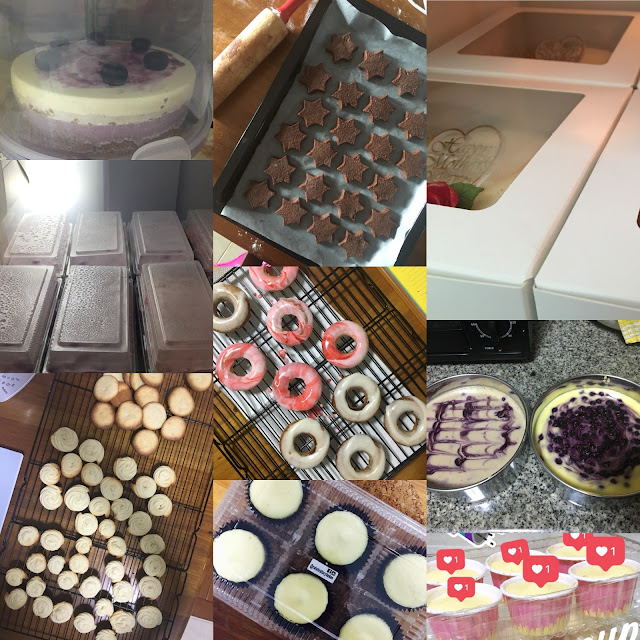 Also learned how to do choux pastries, healthy version of doughnut and many more, for a moment I thought I could be a baker 😂 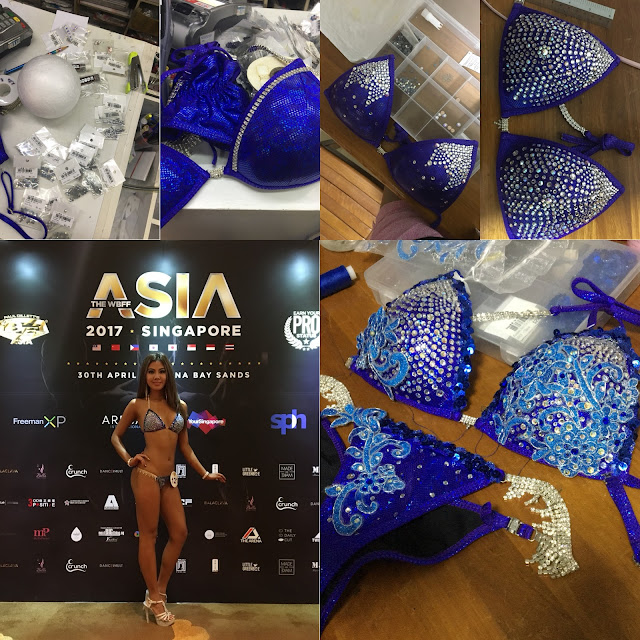 Took part in my 2nd bikini competition this time representing Nutrifirst (use promo code "XT5" for 5% discount) and customise my own bikini using the one I wore in my previous competition, did not stand any placing this time but I am glad to have someone guiding me alongside; much appreciated. Weren't in tip top condition but I will surely be back in an improved version in the near future! Later got featured on Toggle during the month of June regarding my journey as a Bikini Competitor.

Graduated from Republic Polytechnic unknowingly, back then I was half child and half adult. Too old for certain shit and too young to face the world. Shameless enough to say I have broken down a few times in school because of certain stress in academic wise. At the same time, I am glad to have met Stacie along the way and we are BFF (Stacie's self-claim LOL) till now. Also, appreciate that MaoQi has been supporting me behind my back since secondary school days regardless of whatever I want to do in life, she even bought me a bear because she know I would love it haha. (so sorry I lost our photo) 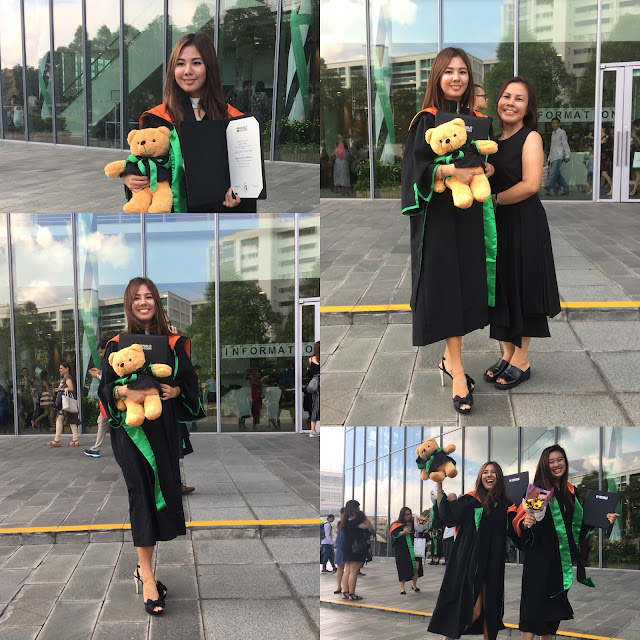 Grandma was gone in the year 2010 thinking that I have advanced to Poly after my N Levels in the Technical stream. In fact, that time I was still in the midst of arranging to quit my studies at ITE. On my 3rd enrollment (I actually quitted twice) to NITEC studies, I manage to achieve a GPA good enough to get in a polytechnic of my choice. So glad that I made my Grandma dream come true. 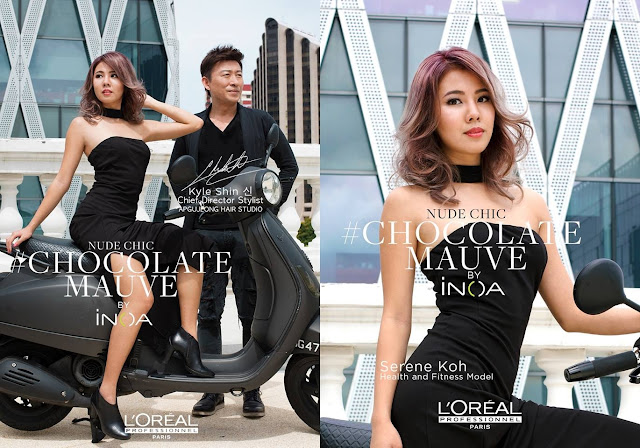 The long-awaited photo has been published! My honor to be in collaboration and sponsorship with Apgujeong Hair Studio since October 2016, thankful to have known HuiMing and for the endless hair transformation and opportunities. 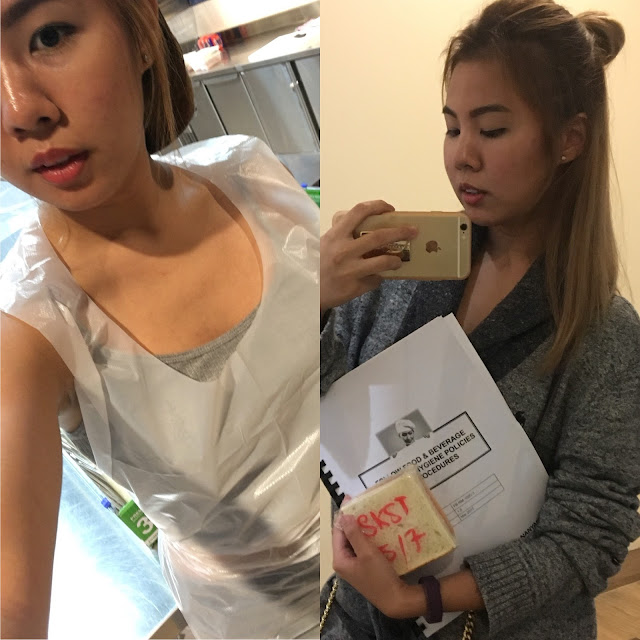 Enroll myself in the WSQ Food Hygiene Course and certified competent, I have no idea what earth did I took the course for but ya, I have achieved knowledge and understanding on the importance of Food hygiene and safety. Hopefully, it would come into good use someday, otherwise nevermind haha.

A change in life: landed myself a full-time job as a Sales and Marketing Executive in the F&B industry. It's time to get my CPF moving after 2 years of no contribution and to work towards the goal of owning a house. It's fine even if I do have not a boyfriend at the moment while working towards my goal because maybe I would meet someone as capable as me at the right time that has the same mindset as me, may we push each other to be a better version of ourself. 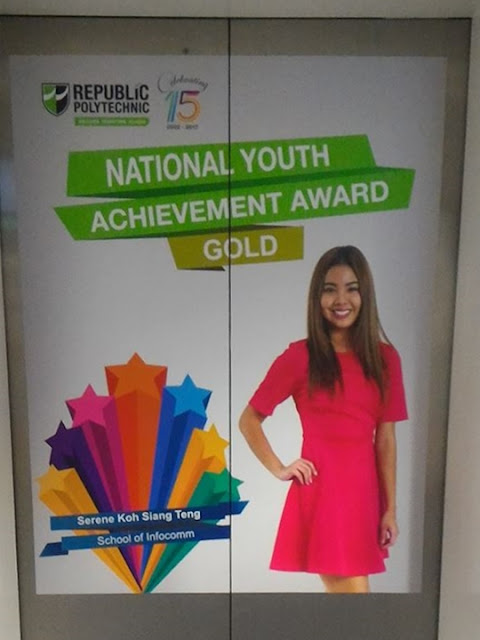 Someone spotted me at one of the lift in Republic Poly! I couldn't witness it in real life but at least I have a photo of it. Would like to thank ITE College Central and the lecturer for giving me the chance to challenge myself in NYAA to take on this award. 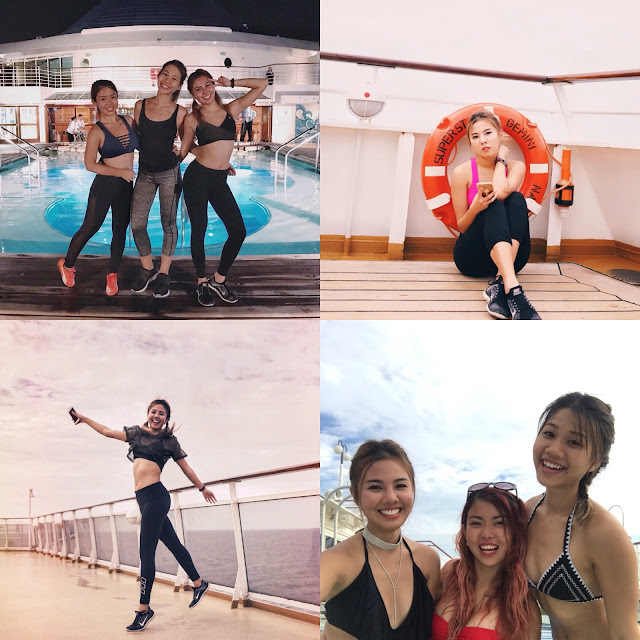 First time cruising and had non-stop fitness activities lined-up for the 3D2N, would like to thank Cahoot and Starcruise Gemini for the opportunity also thankful to bloom a new friendship.

24/7: This was also the month I have lost someone I thought I could spend my future with 😐 maybe I was too naive back then but whatever, life still goes on. Thing isn't meant to be won't stay regardless of how much effort have been put into, not gonna take it too hard. All past relationship has constructed me in into a better individual, on how I should treat my partner, how to face and handle situation etc and I am thankful for all lessons. 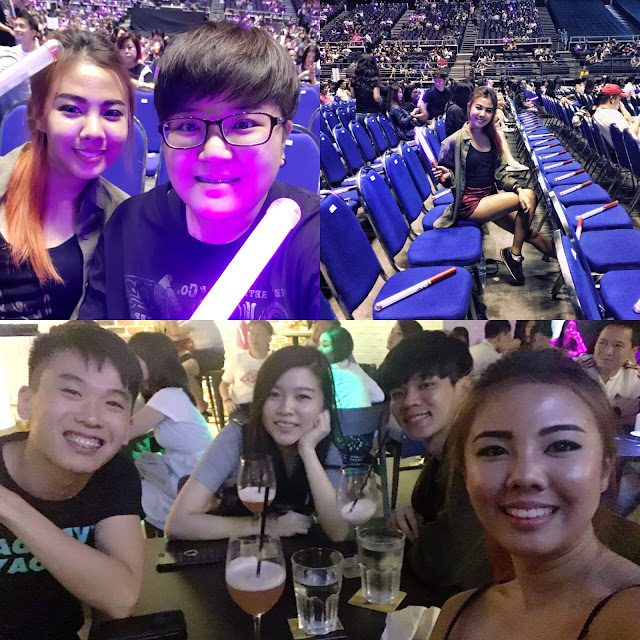 Called down by HuiXian to 2MM Talent hub for a mini singing competition and manage to get into finals to compete then won a pair of VIP tickets to G.E.M Tang concert, then had MaoQi to attend it with me because HuiXian couldn't make it(they both deserve to be there with me!). So delighted to have friends supporting me in this short duration. P.S It was my first time attending a concert and it was lit! 🔥🔥🔥 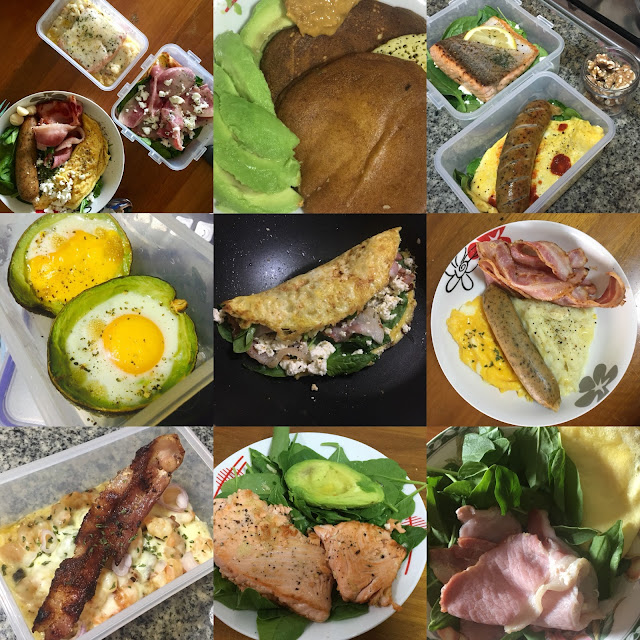 Tired ketogenic diet for the span of 1 month(obviously insufficient to burn fats) nevertheless, I really enjoy what I have been eating, also learned many new recipes and cooking method.

Did lip fillers at Kowayo Aesthetic, something I never thought of getting but didn't regret the decision to do it because I still look chio until today hahaha.

Took a leap of faith, open up my heart once again. 💖 Just want to let ya'll know that there is someone in my life that is worth my time investment, man shall remain anonymous; thank you for being interested. 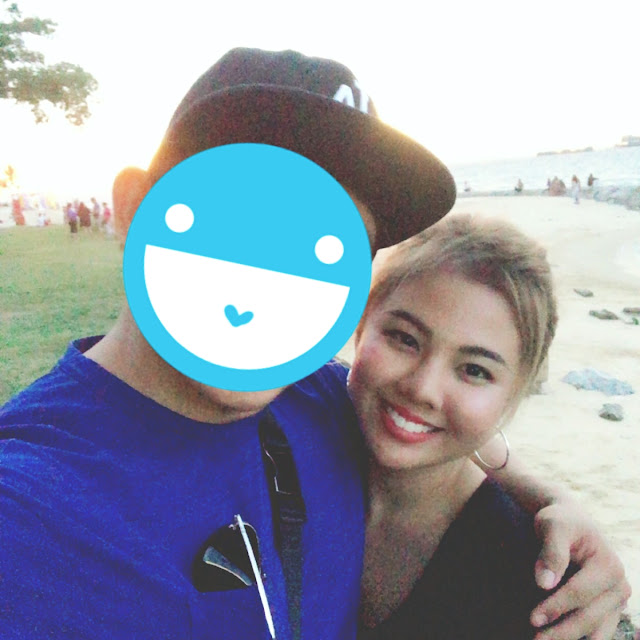 Word to self: Don't worry about mistake because life is a journey.

Registered to enroll into a local university during October, this month I receive an e-mail saying I am offered an admission to Singapore University of Social Sciences (SUSS) for the BCMMK - Bachelor of Communication with Marketing programme 2018/01 intake. However, after much consideration, I did not accept the offer 😎 I believe in one door closes another open.

Down another life goal to be trained in CPR + AED. Along with myResponder mobile applications by SCDF I am ready to preserve life.  ✌

I would gladly say that in the entire year of 2017, I felt the most happiness in the month of December. Just because I only have shown the good side of my life doesn't mean my life is not in a mess, I may be in the worst situation than you can ever imagine but still ... never compare your life with anyone else. You are the only one that can make a positive effect on your life. 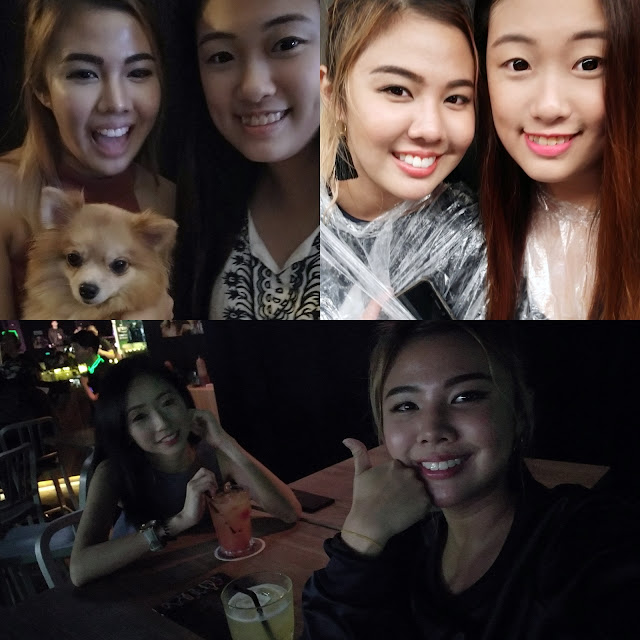 Happy to be starting the year of 2018 with people who came into my life, made an impact and stayed 💝

Would also like to thank all who remembered my birthday, and thanks for the wishes despite me not putting up a reminder on social media. Those are the few who matters. To me, 2018 will be the year for self-improvement, time to pick up a new sport/skills, working towards the future and of course, I want to improve in my physique and appearance too! I have achieved so much in 2017 but my learning journey won't just stop there.

I believe everyone should set themselves a new year resolution so that there will be an improvement in life. You don't just live your days blindly, you need something(not someone, because you are the only one that can bring yourself happiness) to lead you on and look forward to every day. Set a goal that is achievable and most importantly realistic hence, you won't feel lost in life. Start with a short-term goal that is attainable while working towards a long-term goal. If you desire something don't just wish for it but instead set a goal and make it work. A goal without a plan is a plan to fail hence, I suggest you to think about what you want to achieve in life now. I hope everyone will have a great 2018, cheers~ 😇
Life