- May 29, 2010
Serene is not Clam and Peaceful today, Serene is feeling very frustrated!
Ok, my Aunt from Thailand came to Singapore and we intended to pray at the Temple as today was vesak day, actually going to various temple one but ended up going to Simpang Bedok Thai Temple only so before that we went to Gain City at Angmokio because my the television got something wrong so my Father wanted to look for the staff than my Sister wanted to buy the DSLR battery charger. Mother tell my Father said she wanted a CD Player but don't know father got buy for her a not and I wanted to buy my battery charger because I don't have enough but don't have my model yet, ok lor fine. Then I wanted to buy battery, Out Of Stock, nevermind. I said I wanted to buy Micro SD Memory card, and they said they don't have. Is like "WTH" -.- What I wanted also don't have, ok nevermind. Next I wanted to buy a portable iPod Touch charger but there never stated for iPod Touch only write "Compatible for iPhone 3G/3Gs" then my father don't want to buy for me, he scare buy already cannot use. Then I was like forget it, because my room does not has a fan and I complained hot so Father ask me to look at the fans that they have, I went to take a look. But see none I like, then parent suggest me a fan because they said the wind produce from that type of fan is quite big. Then I ask got Pink a not the Sales person said "Don't have, Red you want?" after considering for so long I took the red one, actually wanted to take the full black fan but the don't have a bigger size for that. After payment for the fan has been made I saw the box stated that there is Pink! Then I don't feel good already, because I wanted a Pink one and the sales person lied to me saying there's no Pink. As the prayers will start at 6pm and we have nothing to do so I suggest to visit the Singapore Expo as there was a Food Fair there, as normal la, in the car Parent and I confirm will argue with each another one. Making me frustrated only. Later reached Expo, went to Hall 5 for the Food fair and we walked around, the place was like so much people making me headache only. After walking for a period of time then we went out to sit, my Mother, Aunt and Sister sat down at the food court for a drink and I went in to Hall 5 again to buy some food. My Mother and Sister wanted to eat Satay so I went to queue for it, the queue was very long I tell you. I want to queue for it and I lined up at another stall instead of the Satay one -.- then I stop queuing and went to the Satay one, give one grandpa say me cut queue and asked me to queue up, I don't even know where's the queue lor because both queue for the stalls is like merged and I can't see properly. People who are not even buying don't know what is considerate also, stand there blocking people way while they are not even purchasing anything. After queuing I paid for the food and take queue number again to queue for the food, then I waited for a long time again because I got cut queue by people. I felt very angry and sad almost cried out, and my mouth came out with vulgarities. Ohmy how can I ever say it. I cannot endure anymore already then I gave my queue number to the girl working there and she prepared the food, after it she was done packing it I snatched the food and walk away angrily. Then aunty was in the queue still keep staring at me like I cut her queue like that -.- Singaporean are like a kiasu only, don't know how to wait for their turns only think of themselves not others. After buying the food I went to look for Otah, can't find the one I wanted but I landed in a Otah stall asking them a lot of question but that's not the Otah that I am looking for, but since I asked them so much things I felt so bad so I brought from them -.- 5 big Otah some more I can't finish them. After buying went to look for Mingyi he gave me a cup of coffee, hehe thanks. Then I went to look for my Mother, Aunt and Sister to pass them the food and eat, waa the Otah taste so spicy I tell you. After awhile father came and fetched us to Simpang Bedok Thai temple, went there to pray and there was this Buddha status my Mother say not everyone can carry him up must see fate one. I prayed, and tried to carry it and I failed I'm not satisfied with the result and tried again, I manage to lift it up a little but is not satisfied and I tried again and I failed, my arm muscle is pain after several tries. Ok I don't have the fated to carry it, but I will try it again next time when I see it again. I am lazy to elaborate more about what has happen after that because I have finish complaining already. If you're reading this thanks for your time. I must be not enough sleep that's why I am having bad mood today. 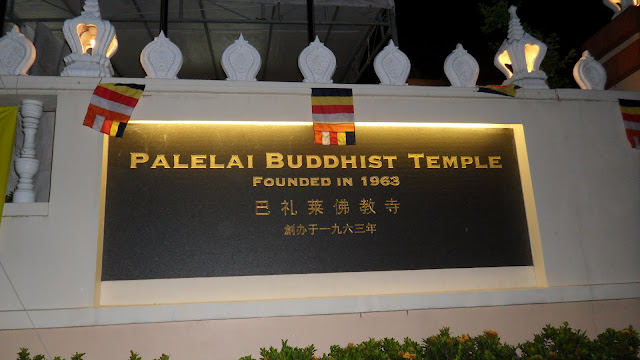 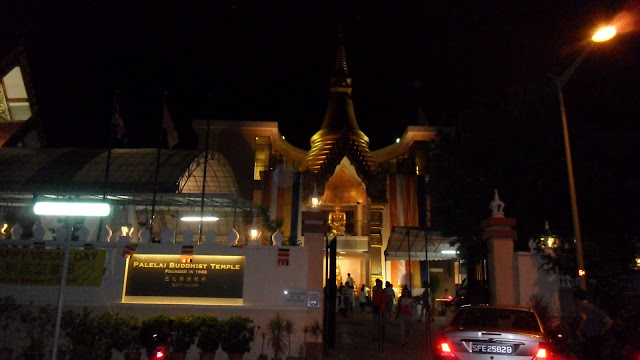 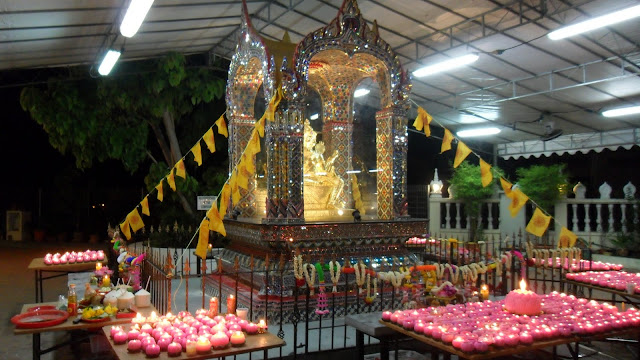 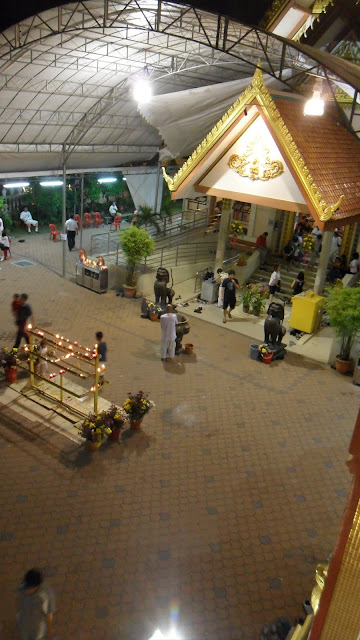 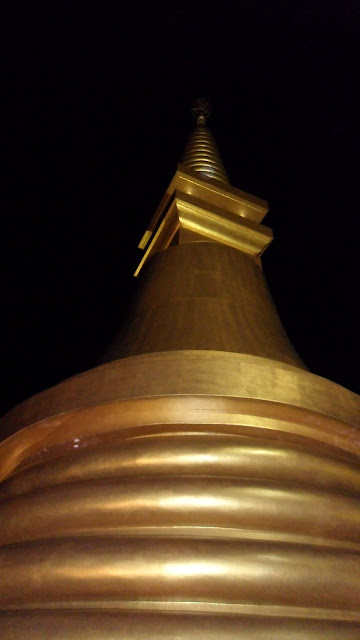 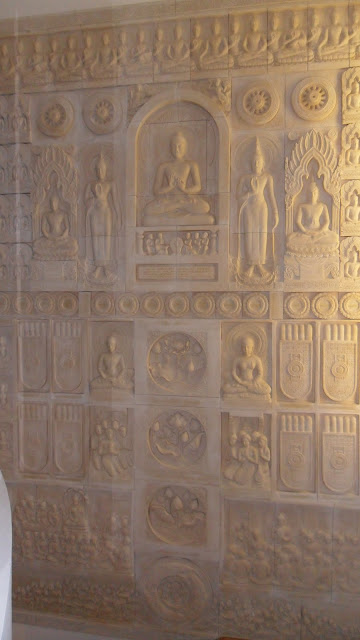 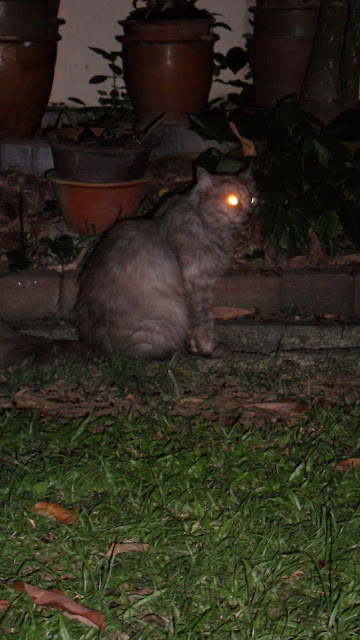 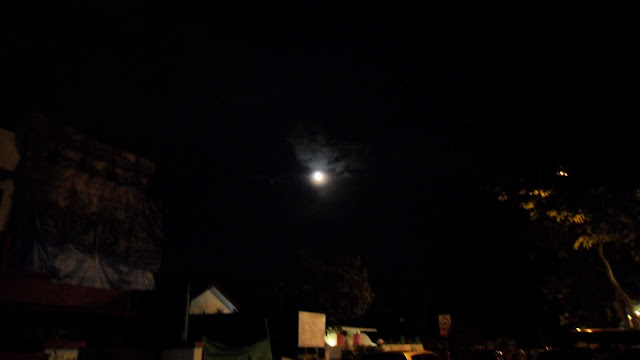