- November 23, 2013
After I am done using the toilet around 1:50AM I heard the sound of water splashing and car siren so I thought it started to rain again, however it doesn't sounds like water droplets so I went back to take a look.

It was my first time witnessing a burst drain pipe, it happen at the vicinity around Shunfu Road. I was so stupid to call the police and they refer me to the town council, I am still young and didn't know what to do, all I know is to call police but still they don't need to reply me in a matter that they can't do anything about this matter. I thought I could remember the town council telephone number without needing the police to repeat them but then I forgotten the last few digit and I went to Google for it. By the time when I call the town council someone had already made a report and the plumber is on their way. Without realising I took 150 over pictures but I can't be possibly uploading them all so I will only upload a few here, because if you know there's a limit and there's a price to pay. 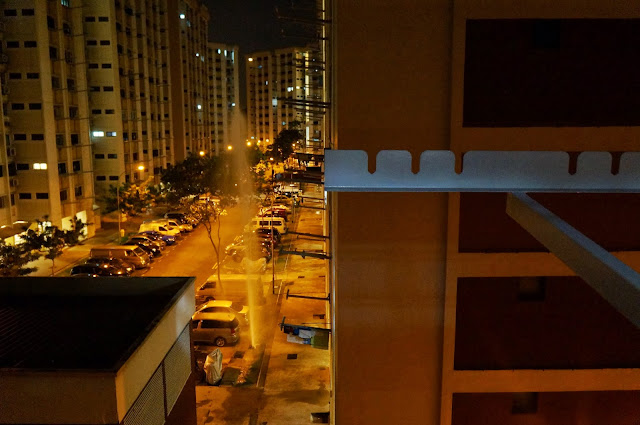 This was the first shot I have taken, water level was around 4 storey 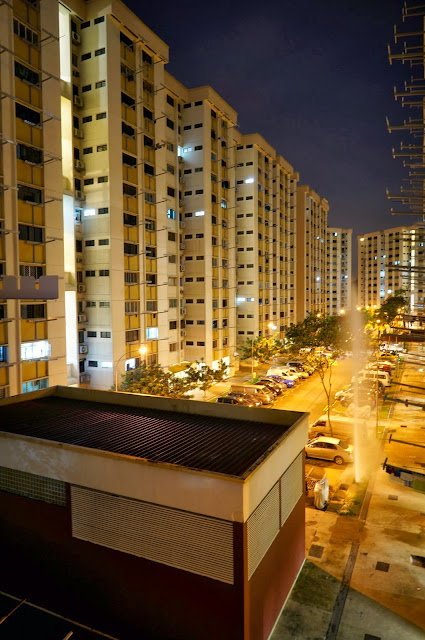 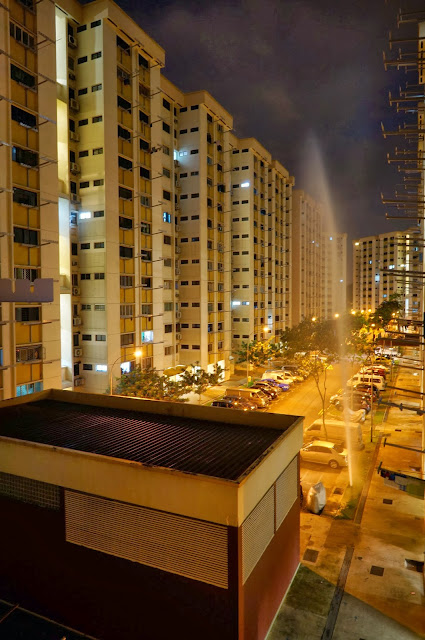 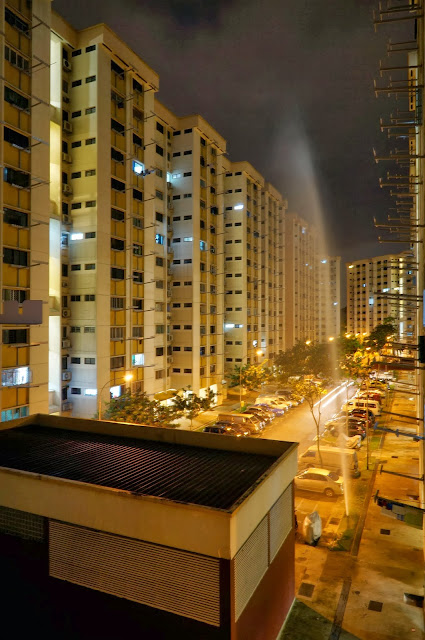 The plumber then arrive around 30 minute later at 2:27AM and the water rise up to around x2 level

It was suppose to be a long exposure shot ONLY, however I was too busy body and it turn out to become a blog post for those people who are sleeping to find out about this happening 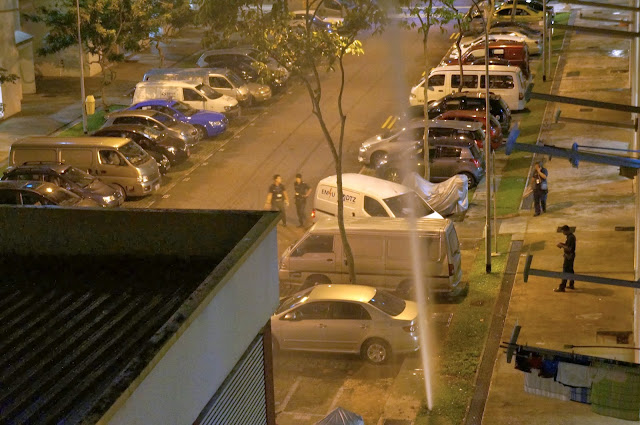 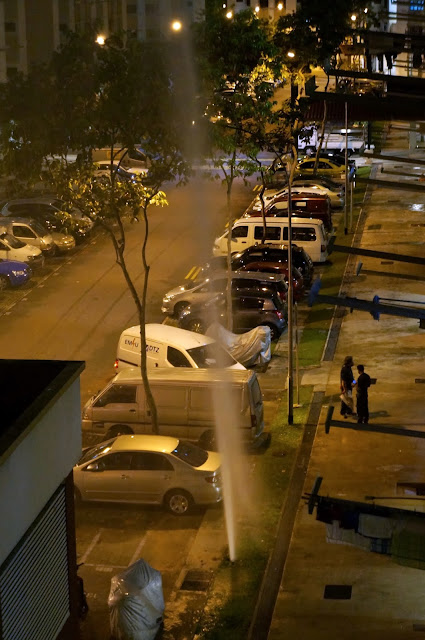 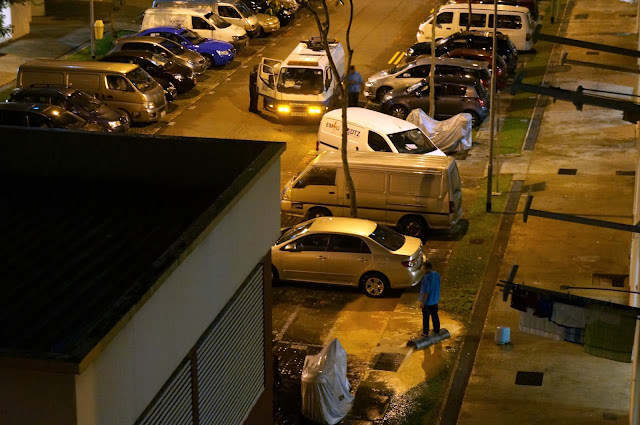 I somehow feel that this is a dangerous act, if the water force is strong enough he will be push up to the air 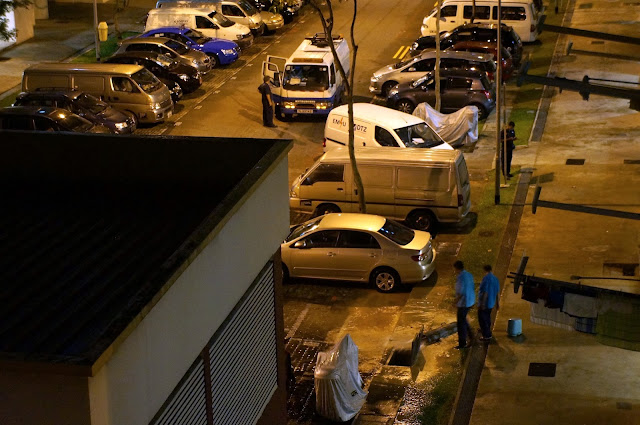 Another plumber came to open up the drain cover and I realise it was not the pipe that was burst, it was the gutter hidden underneath the grass patch. Imagine someone walking pass it when it burst. 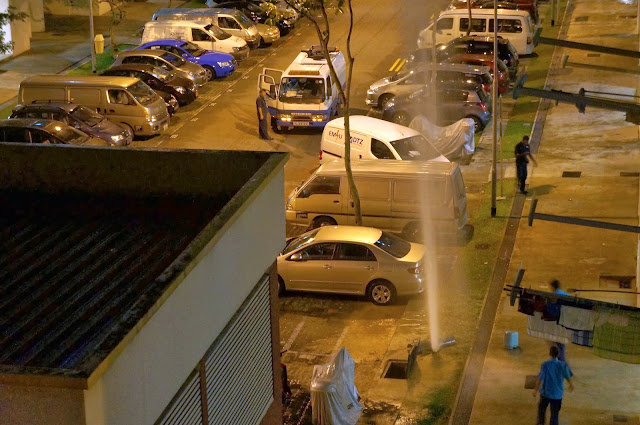 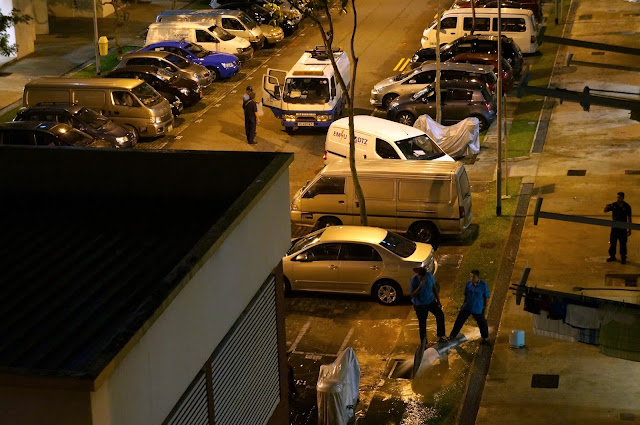 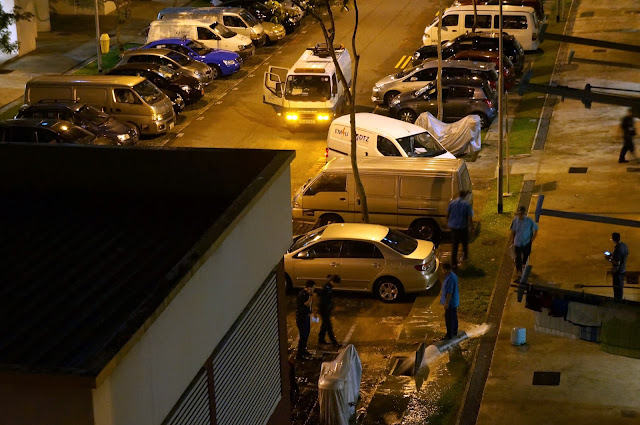 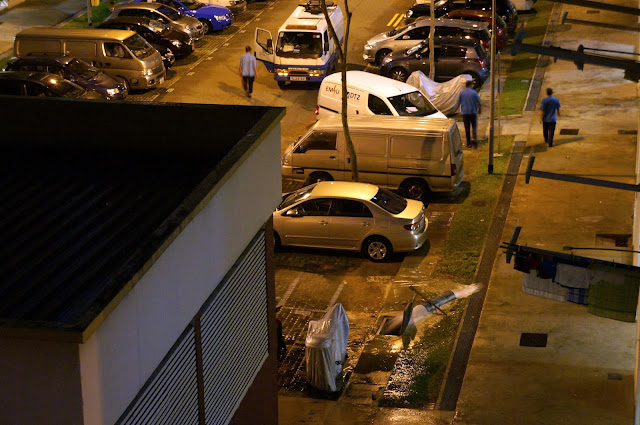 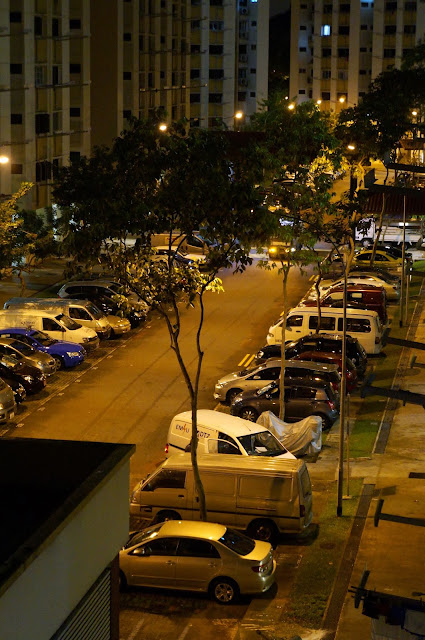 A van with three plumber drove off at 2:45AM 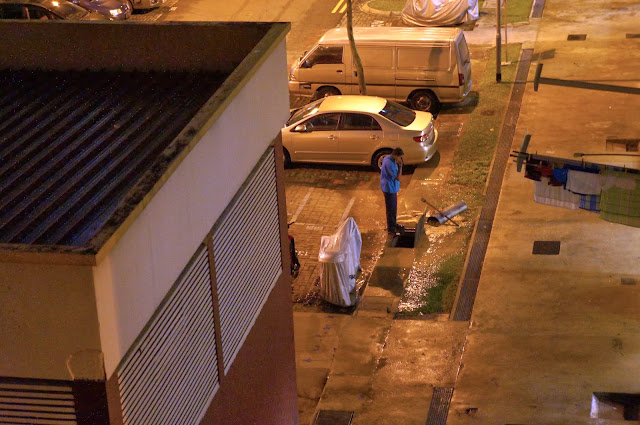 2:57AM, At this moment the water has being turn off including the water at my house 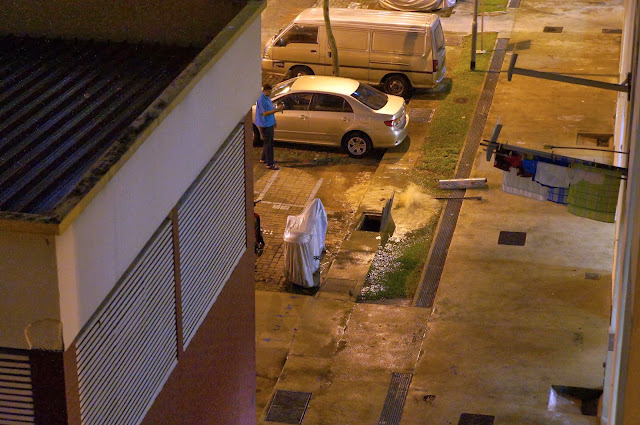 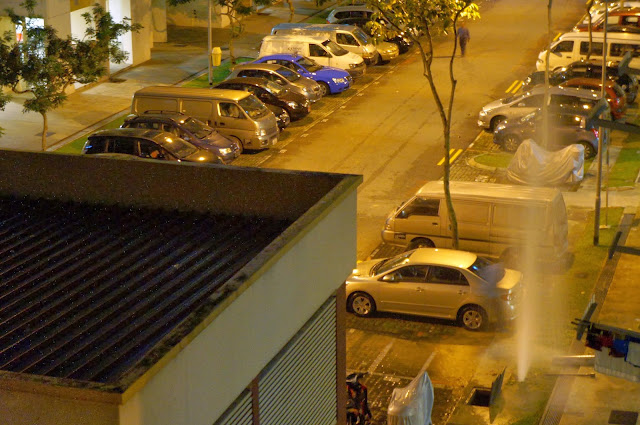 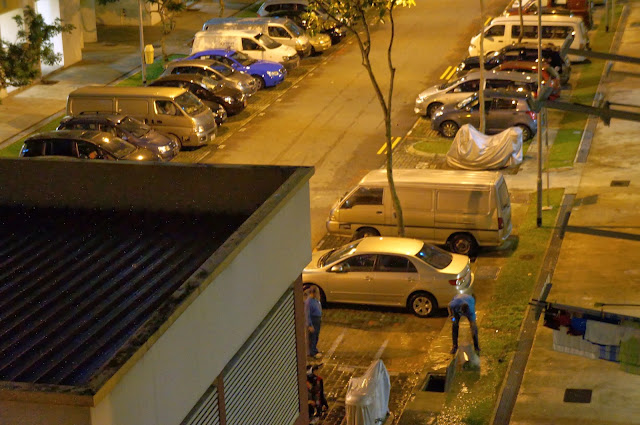 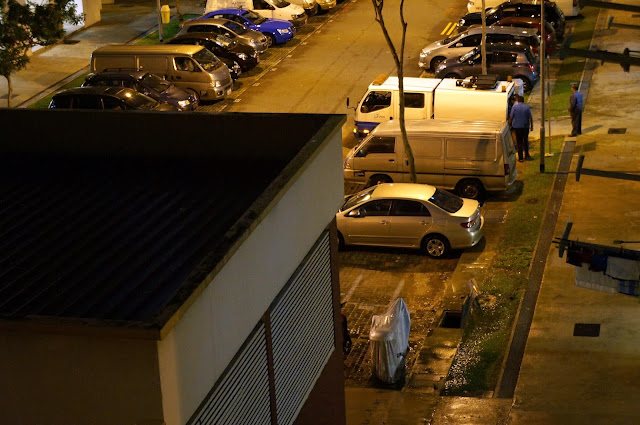 The van that left then came back at 3:07AM 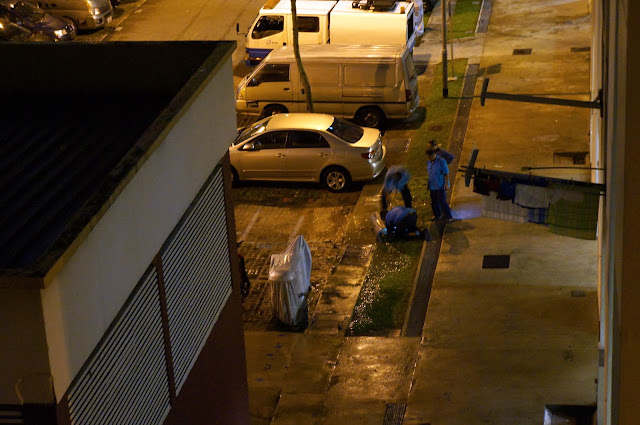 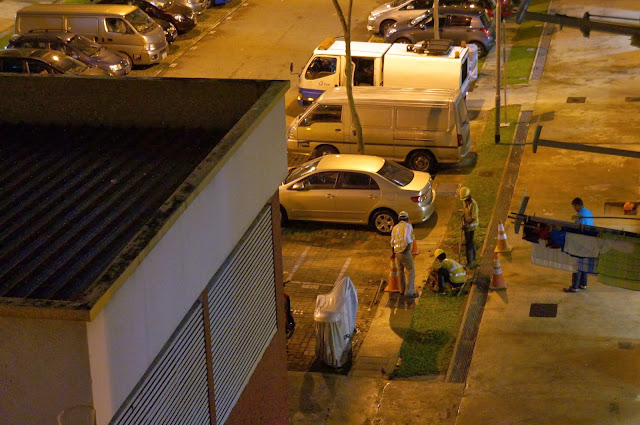 The "construction worker" then arrive in between 3:10AM to 3:40AM and now there's hope 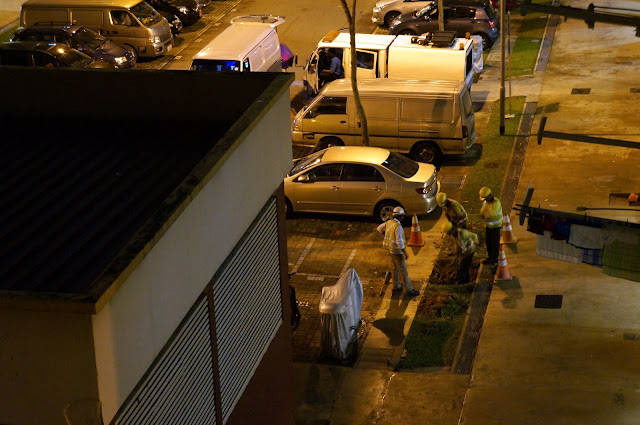 They have been digging since then... 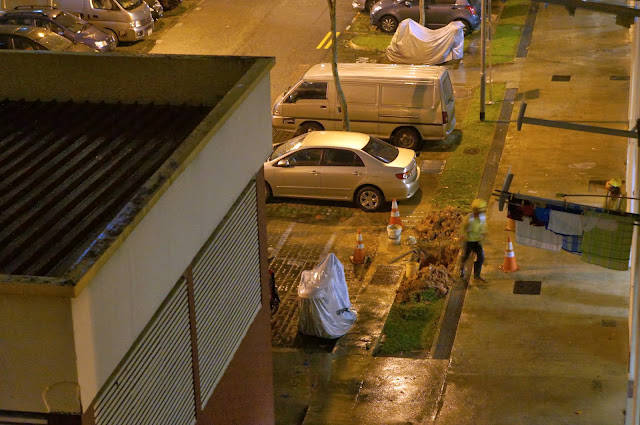 All the way until 4:25AM it started to rains and they went under the shelter to take a cover

A lot of water are wasted tonight. Water is a kind a luxury, you will never know how precious it is until you lose it. Many people are sleeping soundly and yet there are still people being called back to work, I know it is their job but who doesn't want to sleep at this kind of timing. If any kind soul saw them by chance do bring them some breakfast if you don't mind. Goodnight :)
encounter