- October 23, 2014
Impromptu trip to Kuala Lumpur this October by train with boyfriend 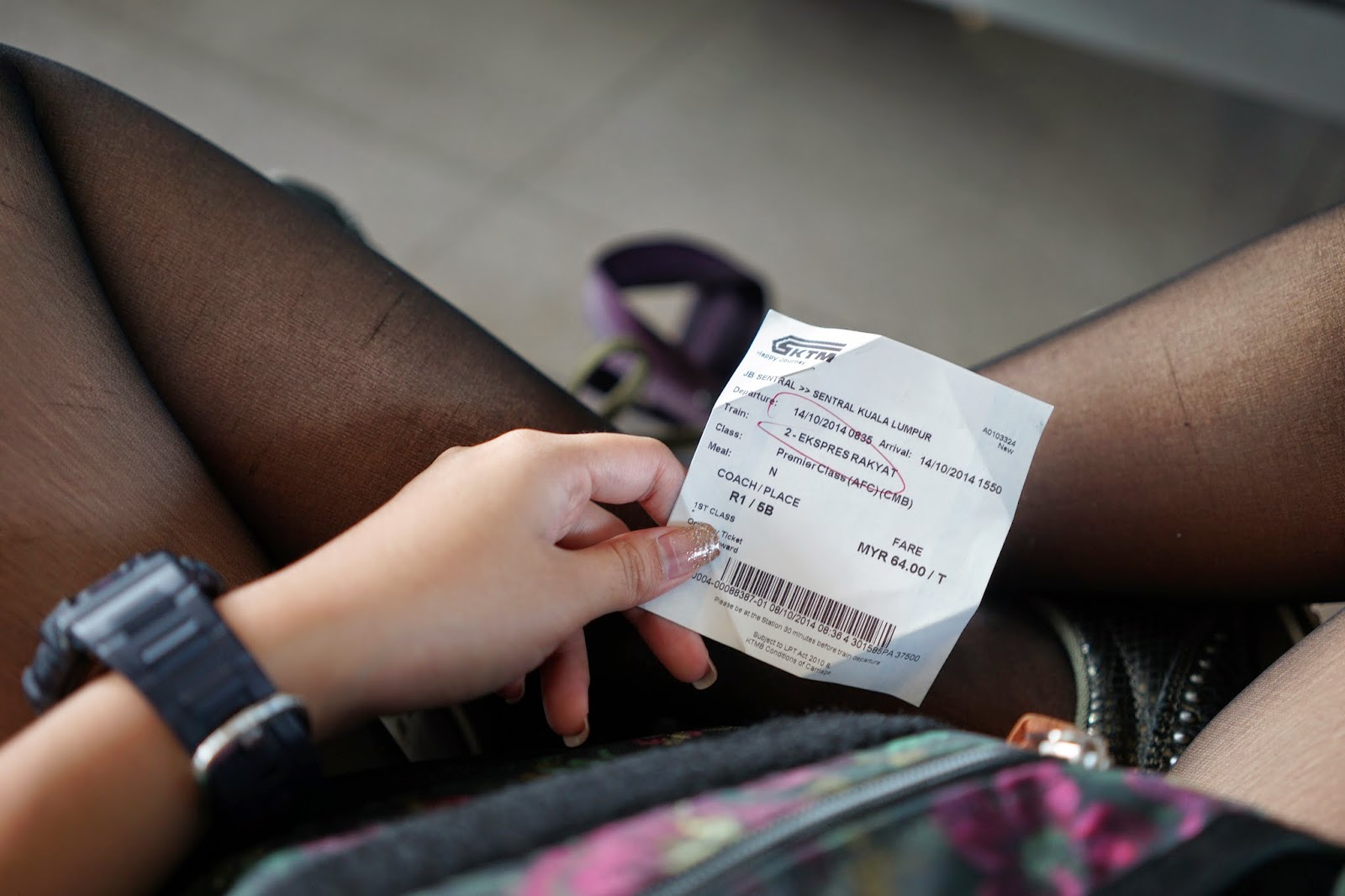 Took the train from JB to KL as the ticket bought from JB is cheaper, same price but different currency. Guess what? We lost the boarding ticket upon boarding and almost have to get off the next stop, but at last we recovered it from boyfriend pocket's. 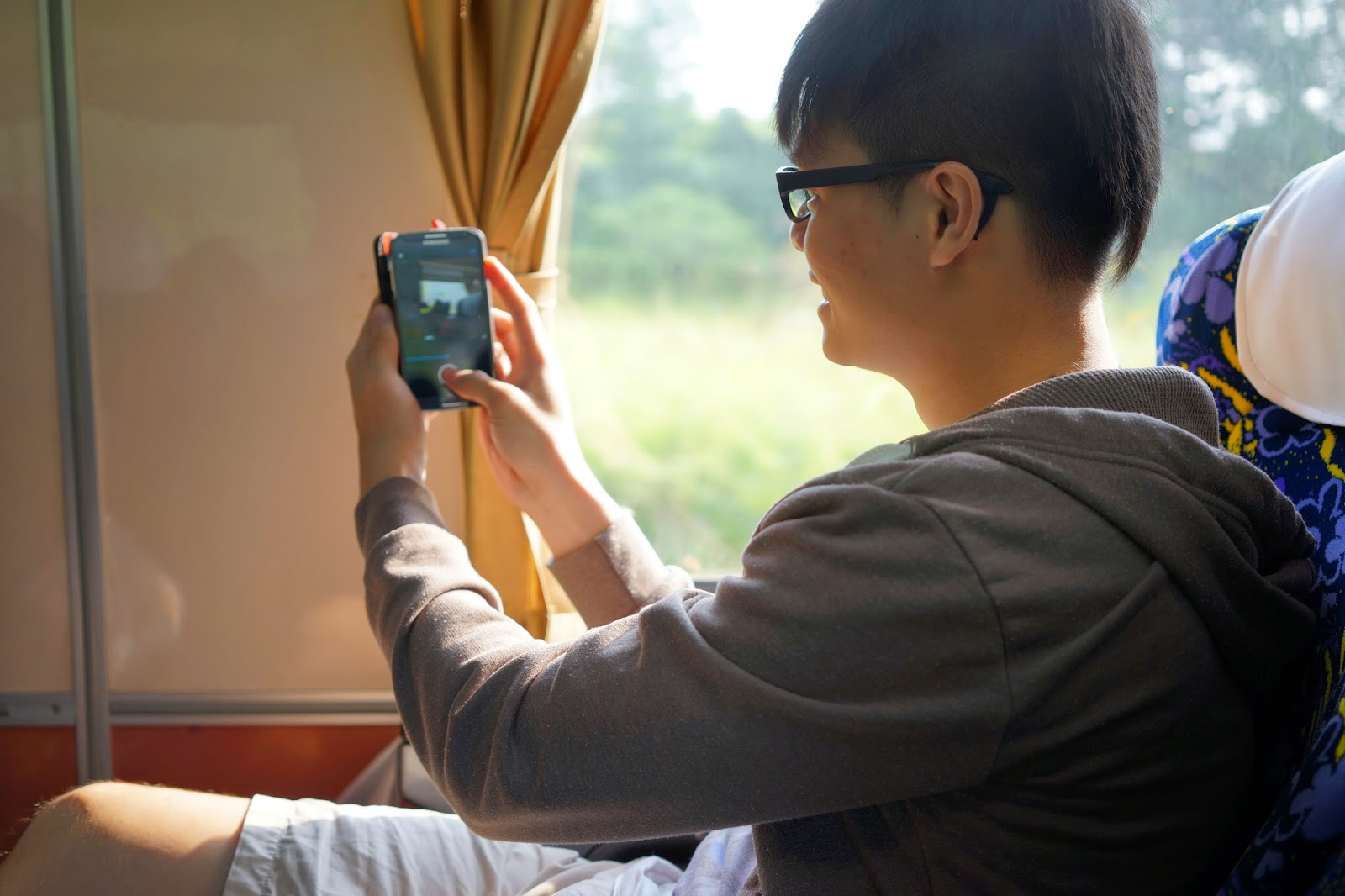 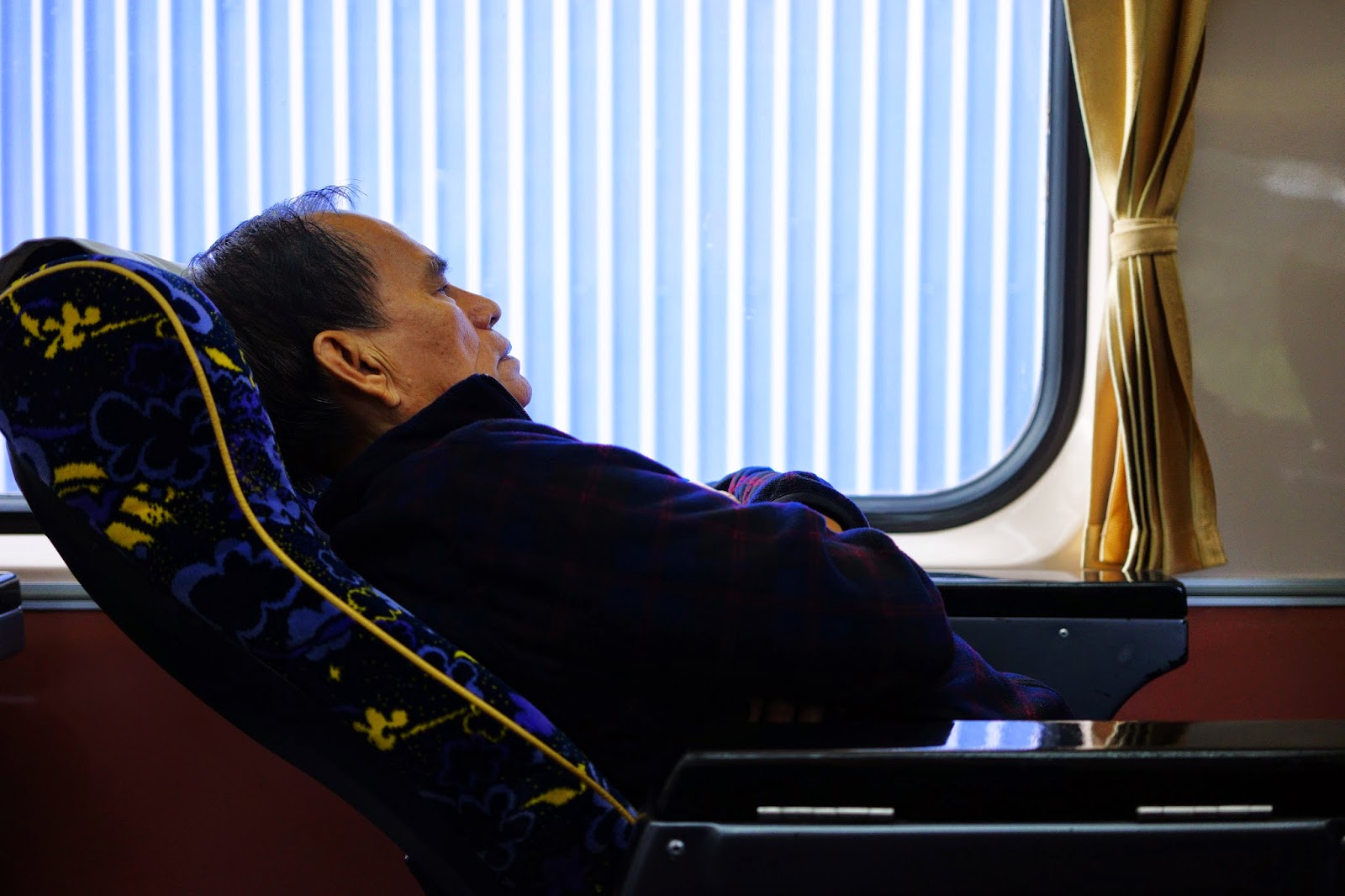 Service crew will push a trolley to the seated area once in awhile to sell the food, traveler also can choose to visit the cafeteria anytime they want 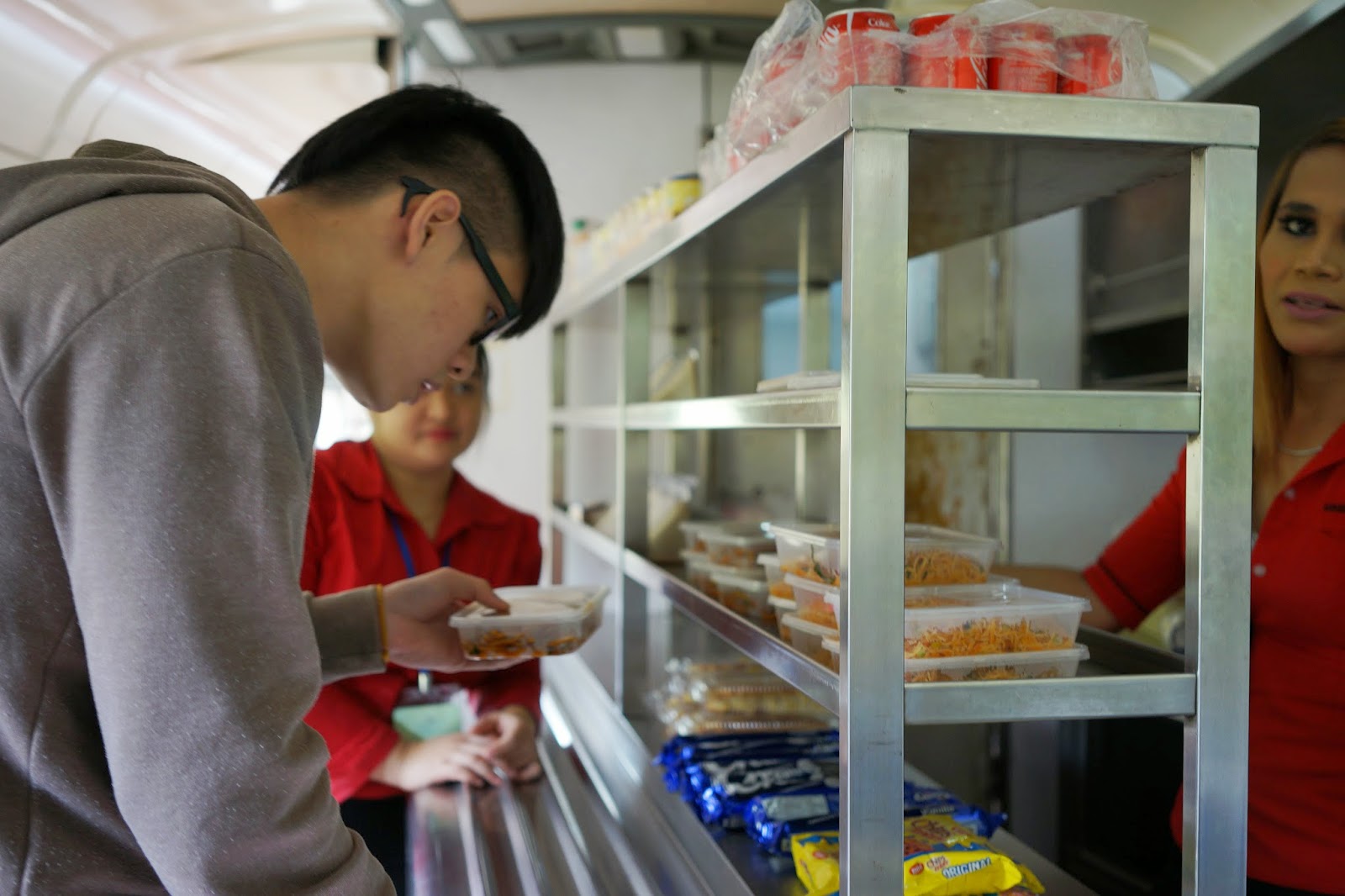 I warn you not to buy their Ramily burger, it is not worth the money as it only comes with top and bottom bun with a piece of skinny patty 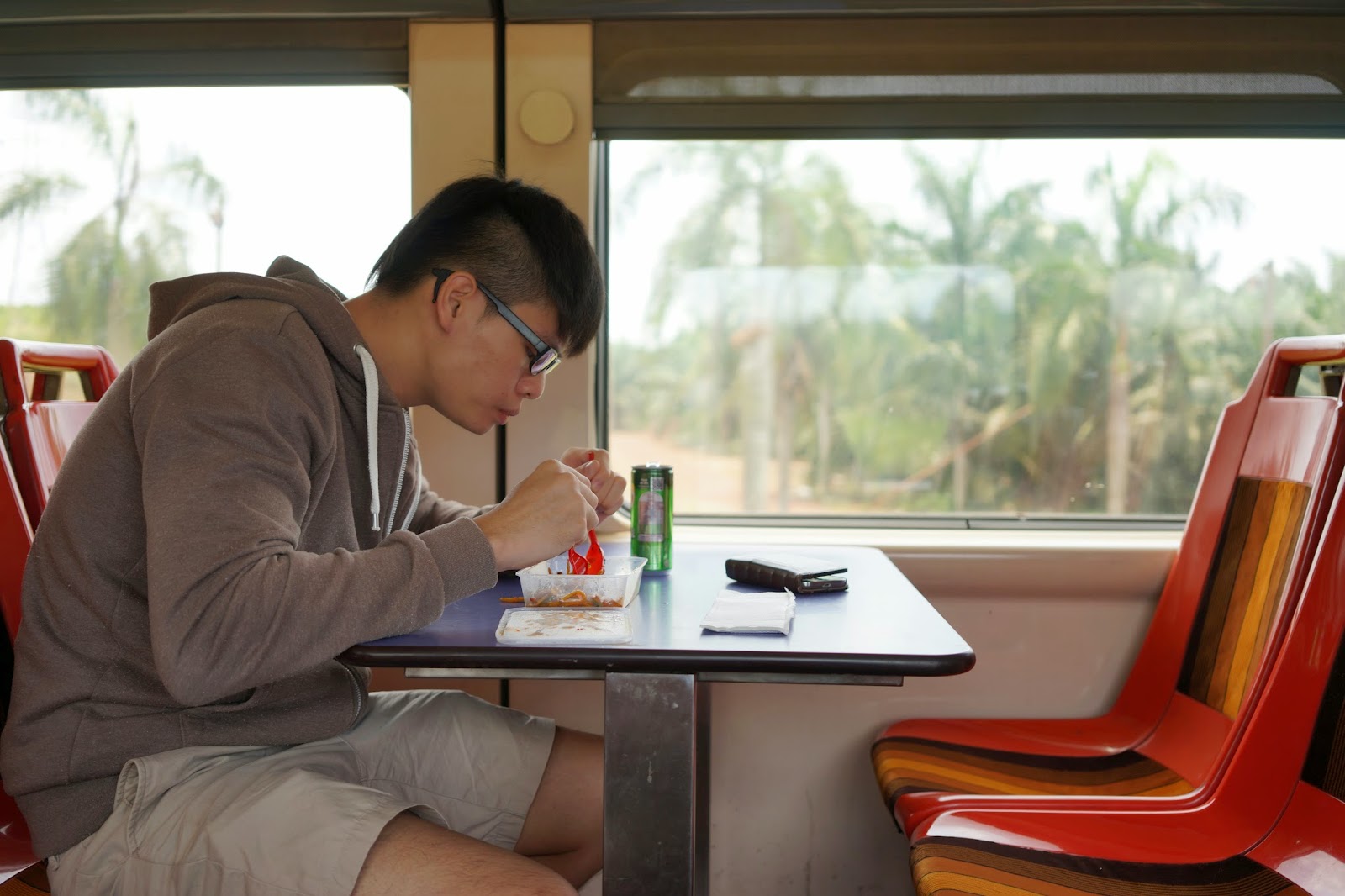 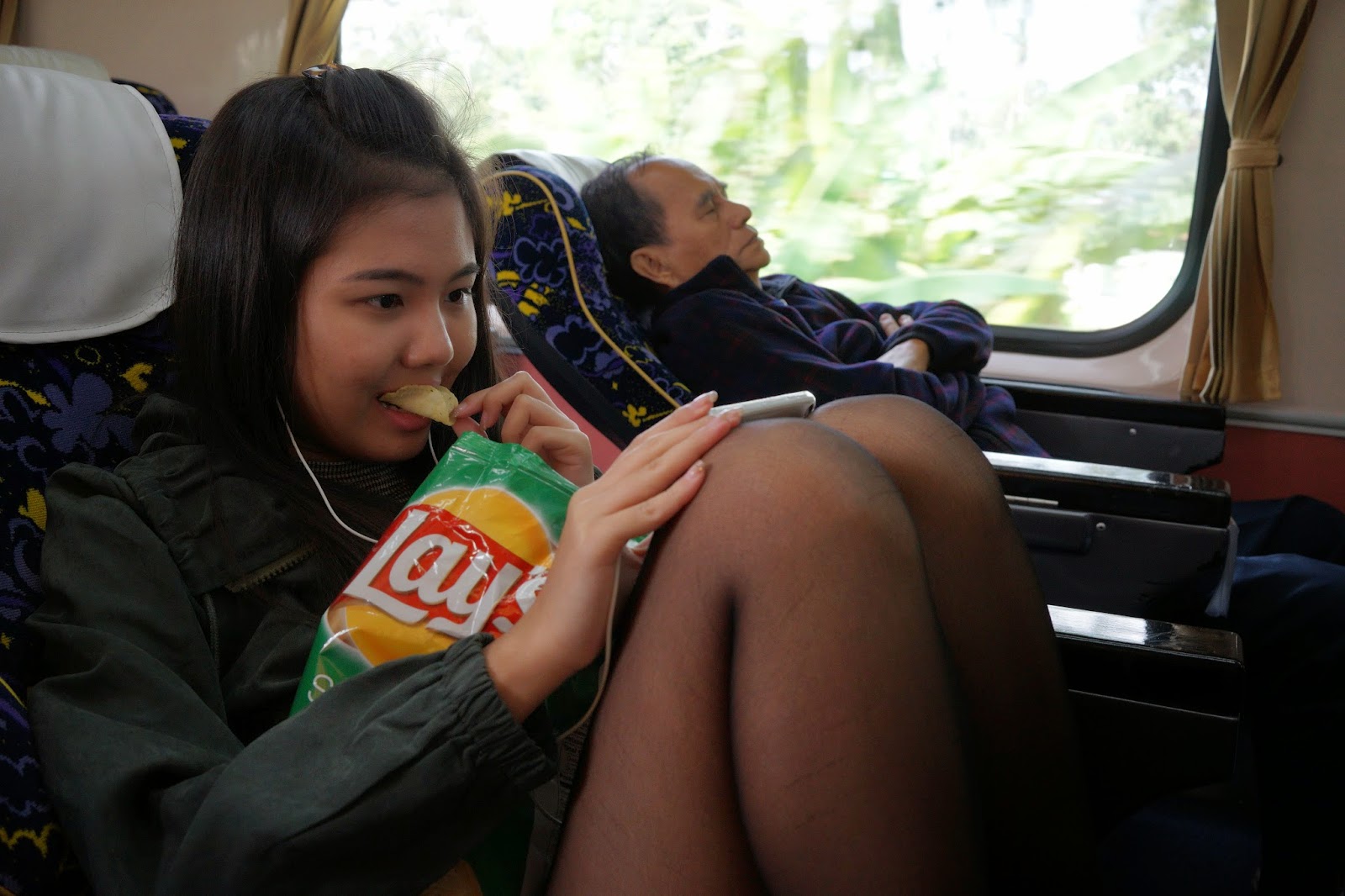 This is my first time travelling by train and I like how I can eat and move around anytime anywhere around the train during the long journey of 7 hour from JB to KL, best of all is I still can stay connected to the network as I am on land which means I can surf my Insta and Facebook, the train also move off very quietly which will not cause any disturbance. 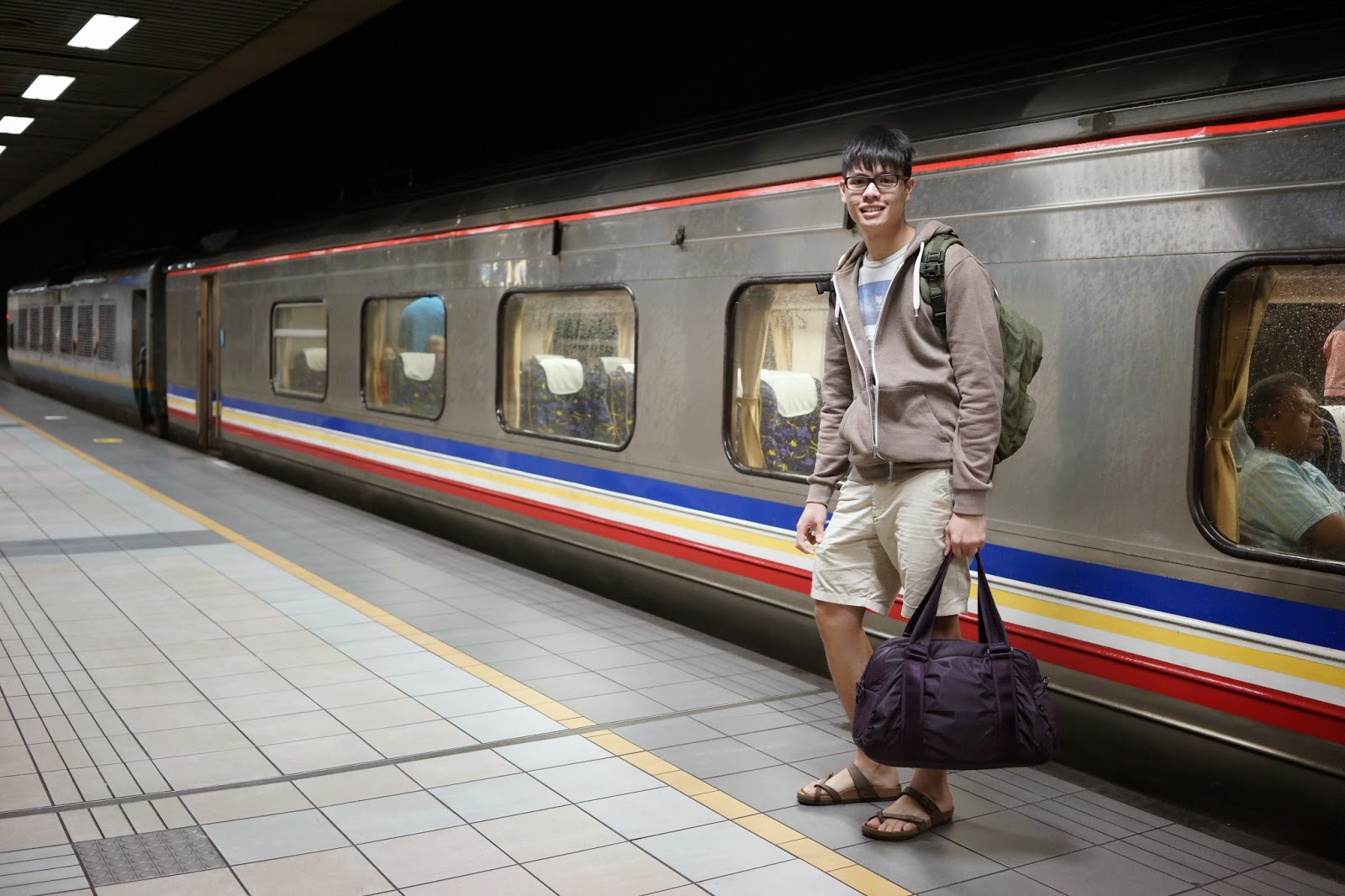 Boyfriend dropped his phone on the train while alighting, lucky the staff is kind enough to return him his phone when he went back to search for it.

Went over to NU Sentral as we need to pass by there to take a monorail to our hotel. First thing that caught my eye when I reach there is Victoria Secret, the things they sell are much cheaper (I assume) and I bought some lingerie back.

Sakae Sushi for a meal before heading to our hotel as the food provided in the train is not enough, 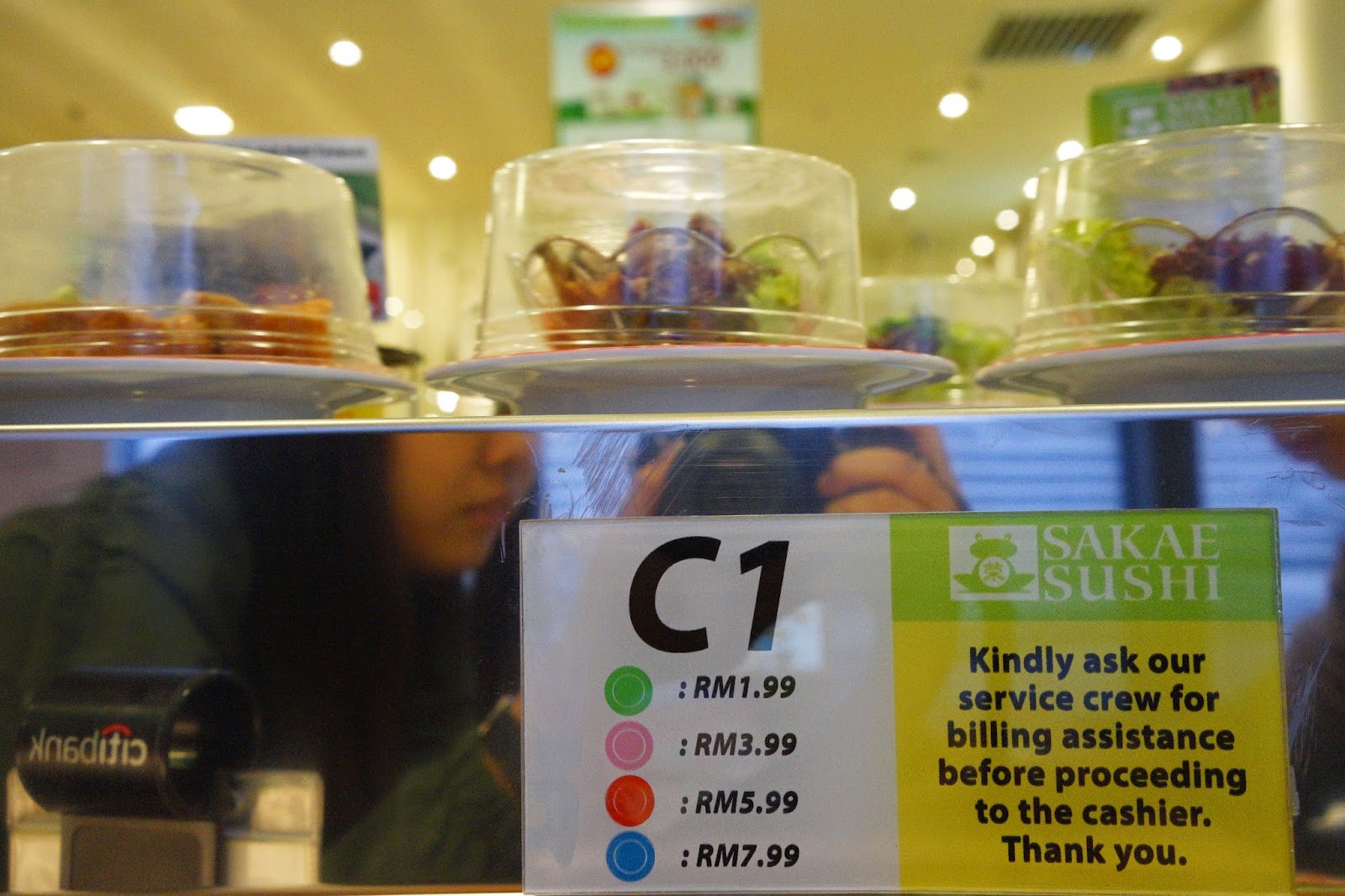 Even the food here is cheap, same price but different currency!! 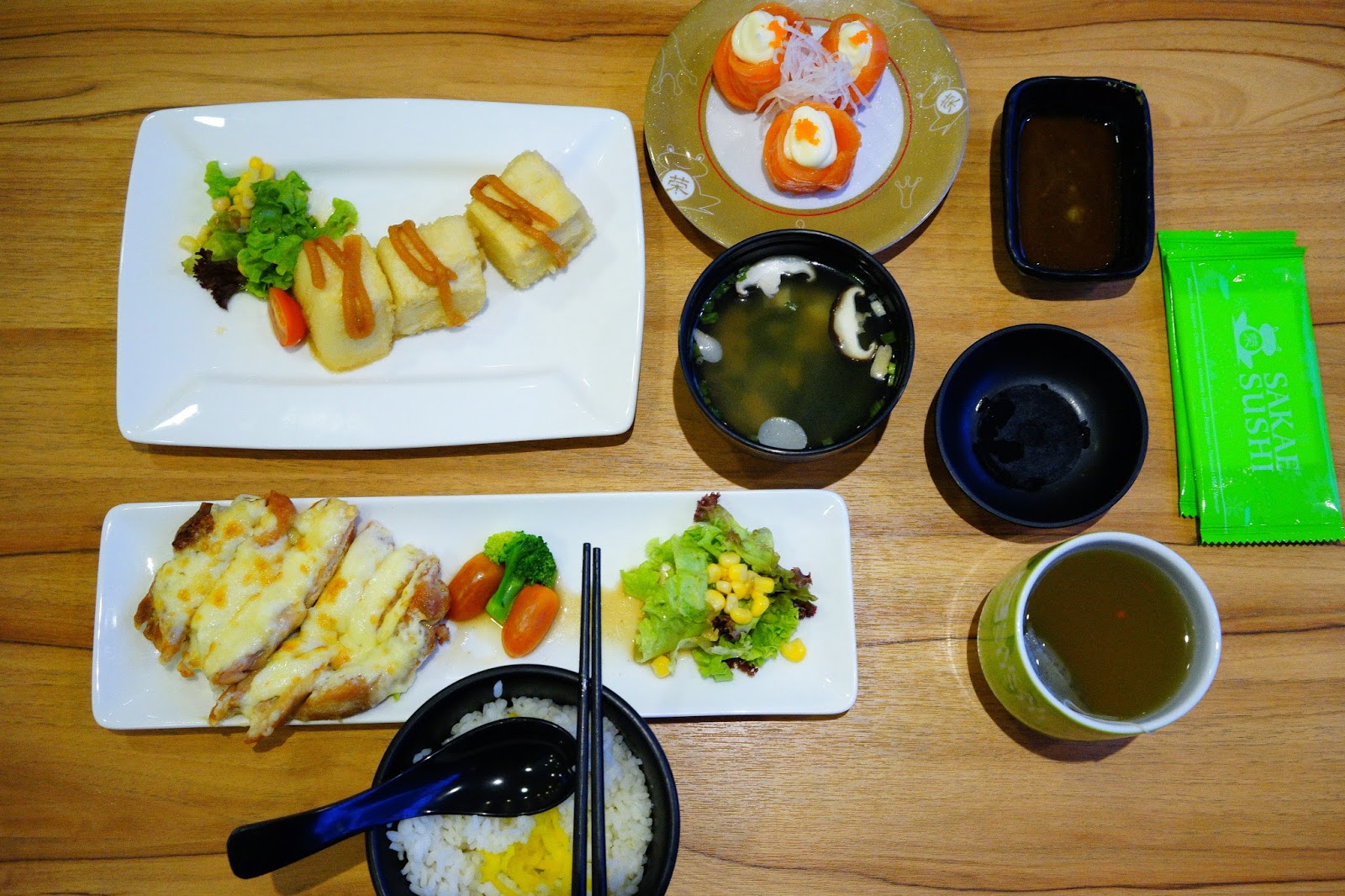 Even their menu are a little different from SG 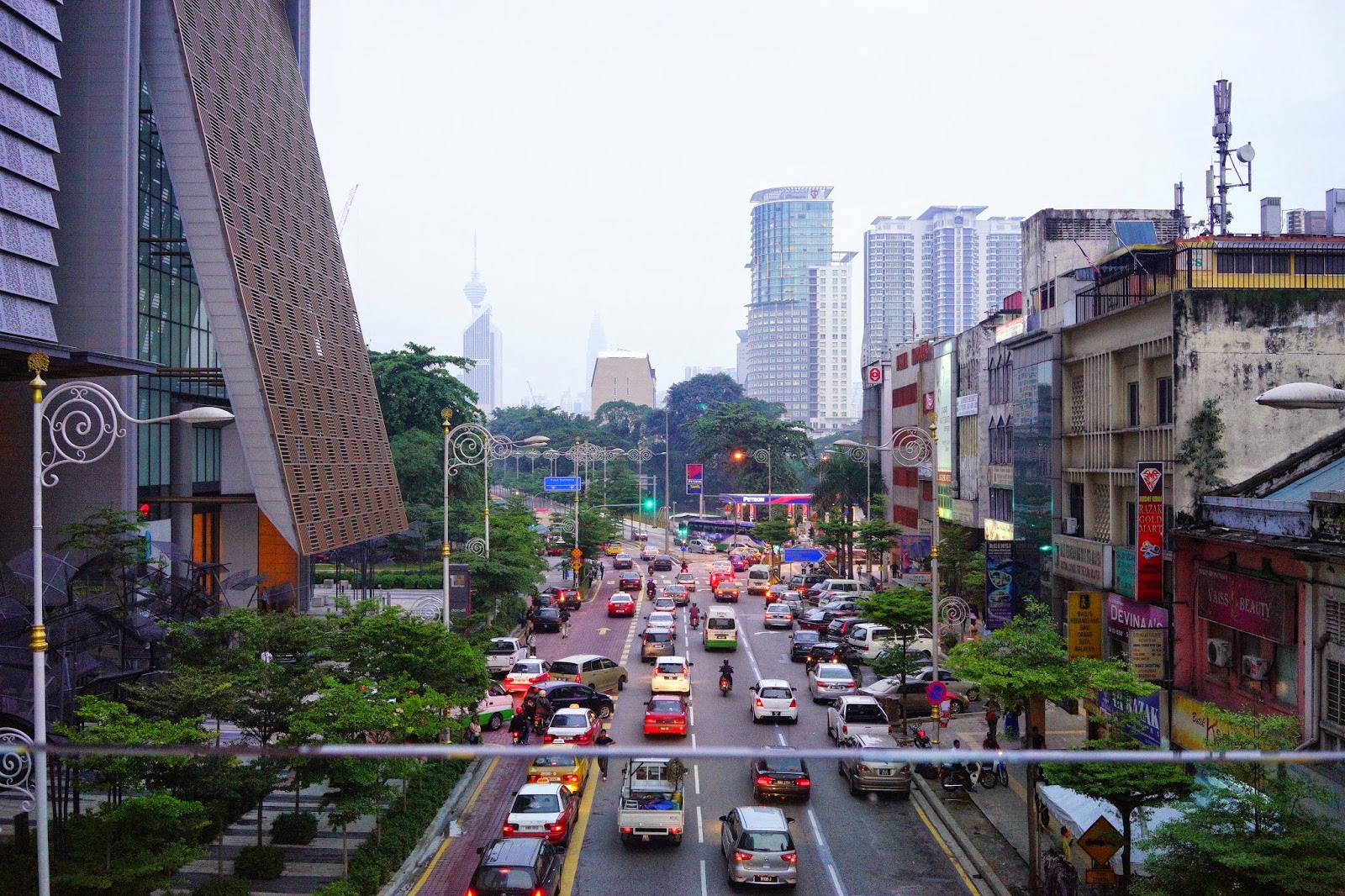