October 11, 2012
Temasek Polytechnic is back in action for another year of Spooktacular event at Sentosa! This year the event is held at Fort Siloso. 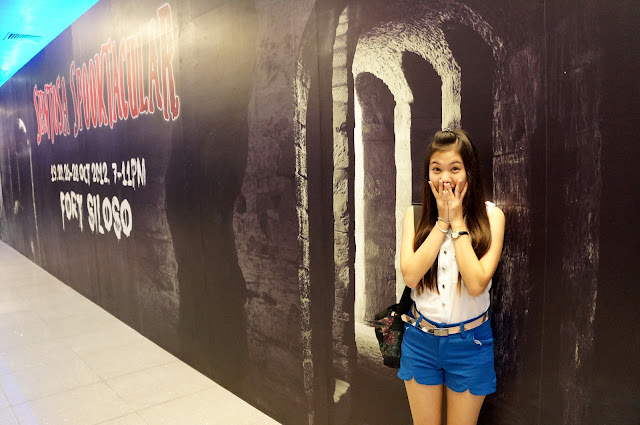 Just came back home from the event, I reach there around 9pm so only manage to get into 2 trails. There are total of 5 haunted trails, so be sure to reach there early so that you can avoid the long queue and complete all 5 trails before they shut down the place for that night, approximately waiting time for each trail is 1 hour. 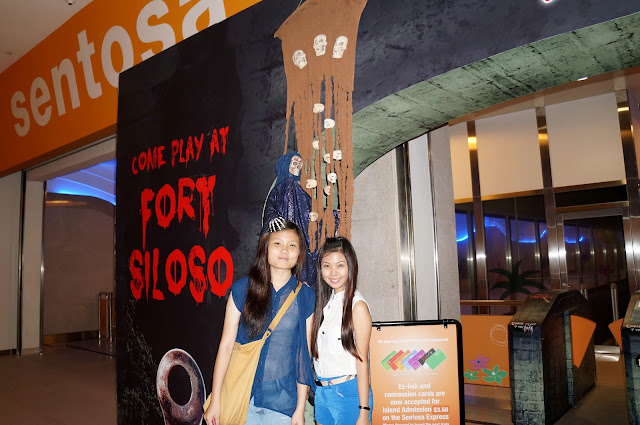 A photo with Wenting before taking a tram. 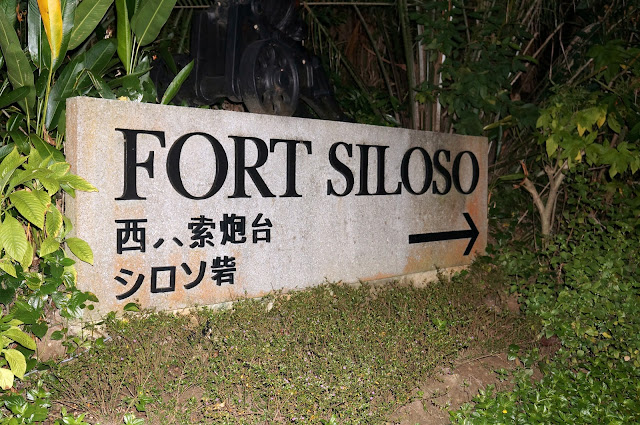 Walk straight and turn right after you alight, after a few walk you will see this 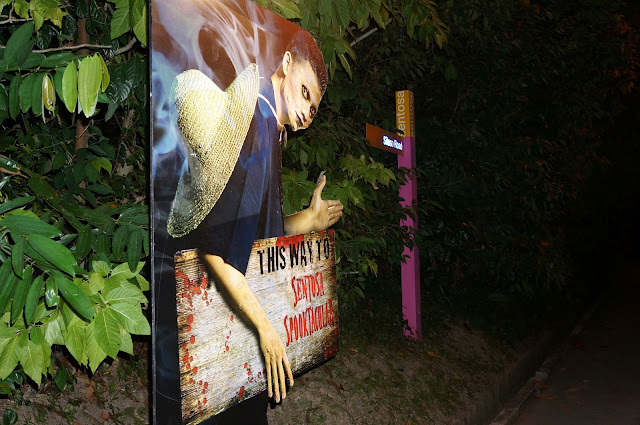 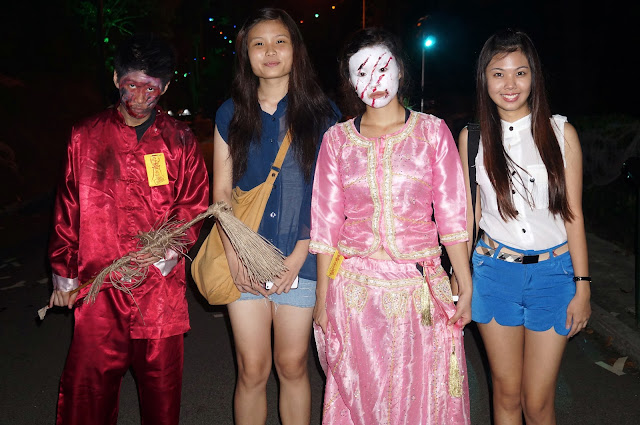 First photo with the ghost when we just entered the place 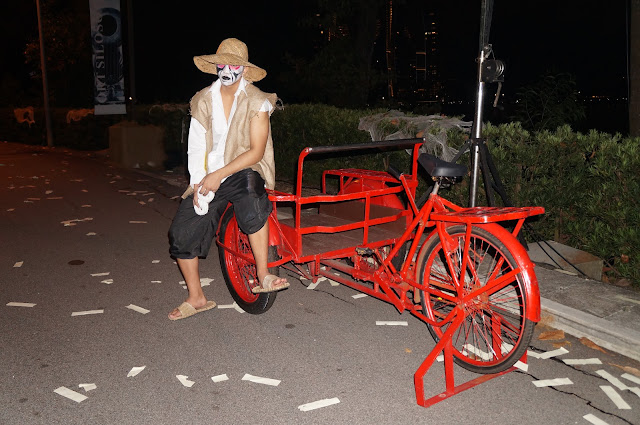 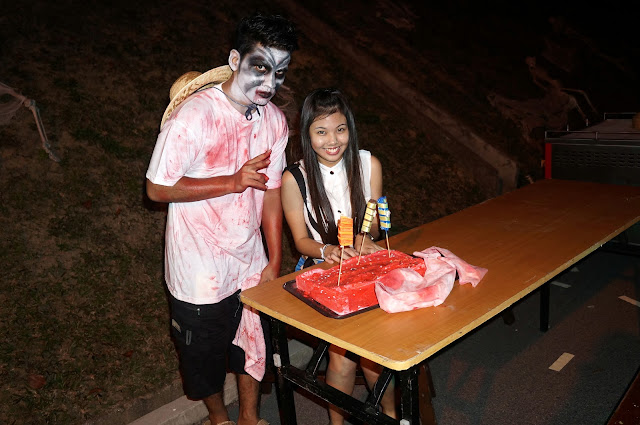 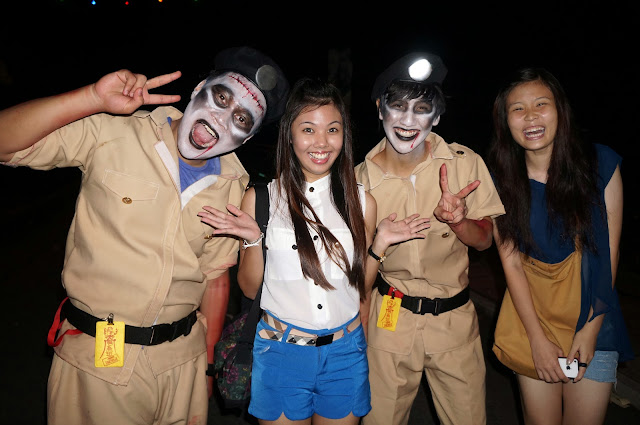 Look who we found, handsome policeman! 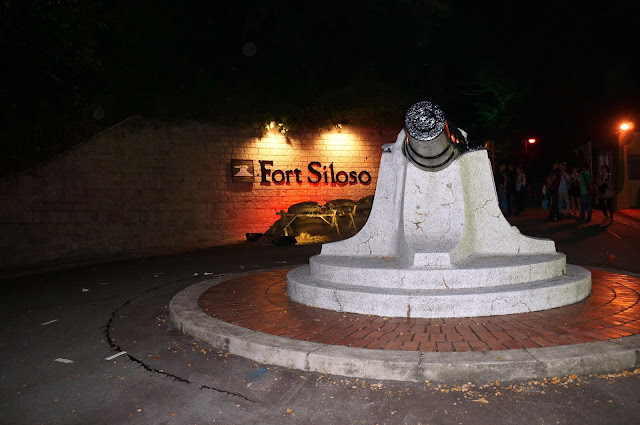 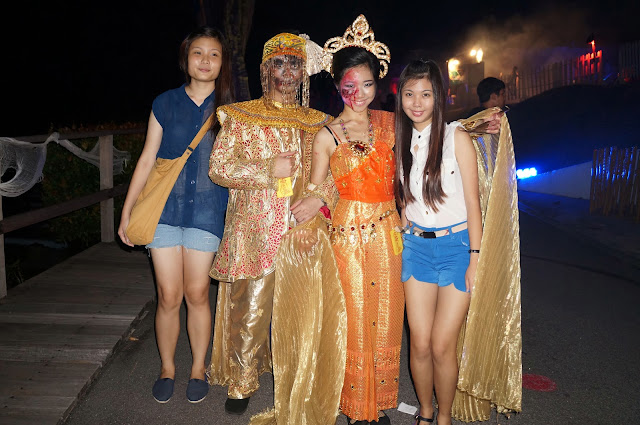 The Last Sequel
Tunnel B
Always wished you could write your destiny? Hear the morbid story of an ill-fated author and you will drop the idea. The wretched man continues to be stricken by horrific events that seem to follow his novels to the letter — grisly pieces of his sister sent to him in a crate, his wife found gruesomely murdered and hanged in a walk-in freezer. Come see how the nightmarish plot unfolds, but first: prepare your death note. 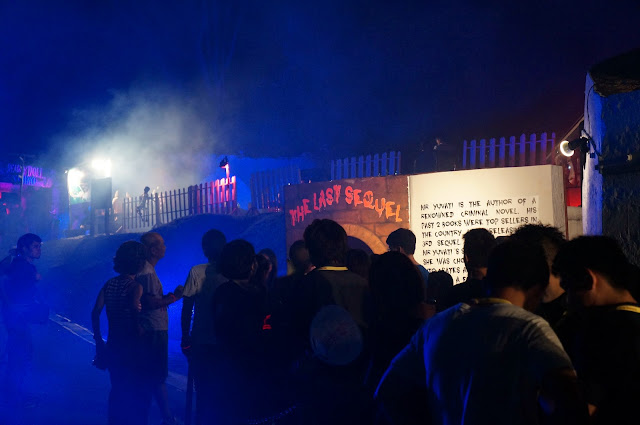 We are here at our first trail, The Last Sequel. While queuing I went to scream at a ghost who is busy scaring people. 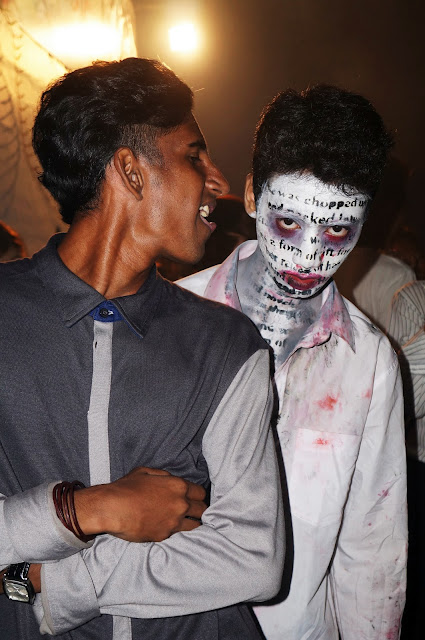 Here he is, back for revenge. 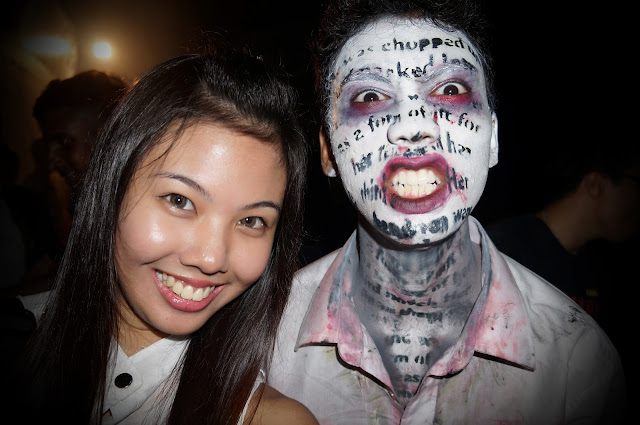 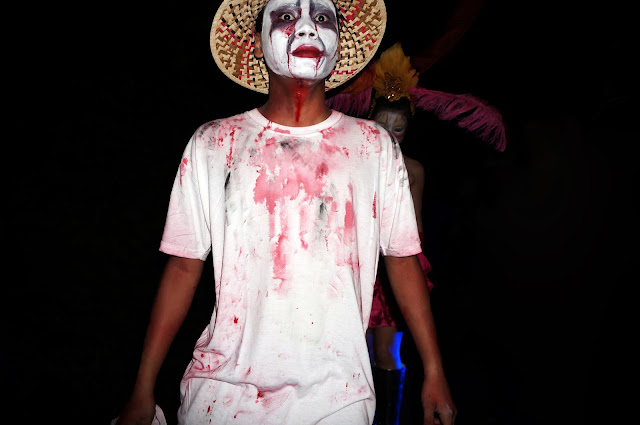 His accompany who is also loitering around. 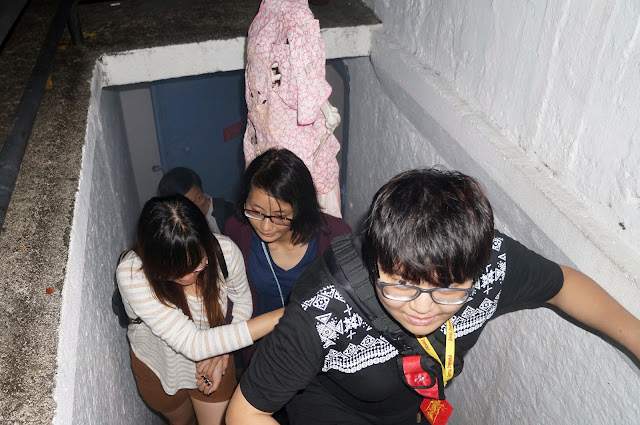 This is the exit of The Last Sequel, luckily we have Maoqi colleague to accompany us if not it would be a scary walk for us.

Inside the tunnel everything is dark, blinking lights everywhere... as for the rest you have to find out yourself.

Tip:
Hold on to your ticket always! Make sure it is easily to be found and not chunked inside your bag until you need to dig to get it out because you will need to scan your ticket for every trail. 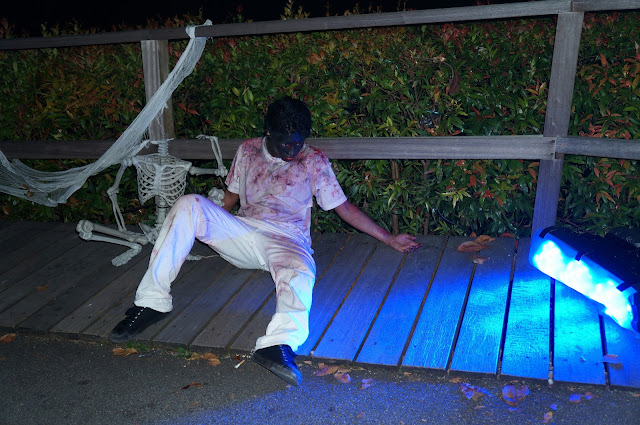 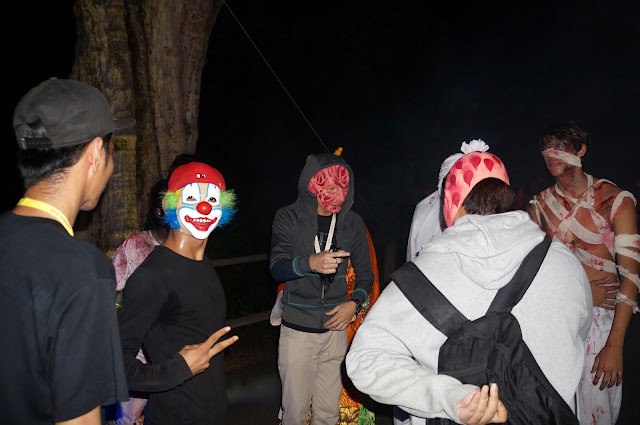 We saw these passerby dressing up for Halloween and they danced with the ghost there. 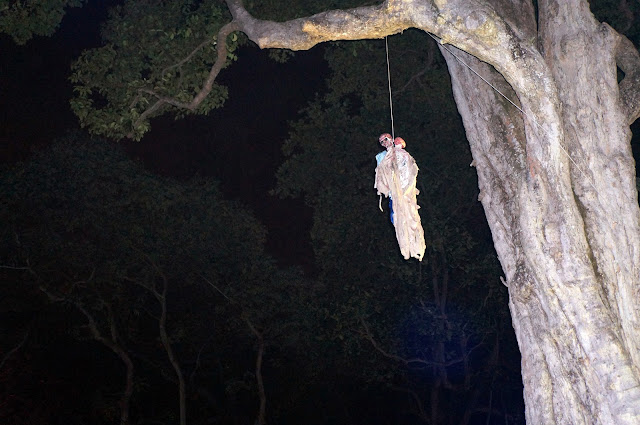 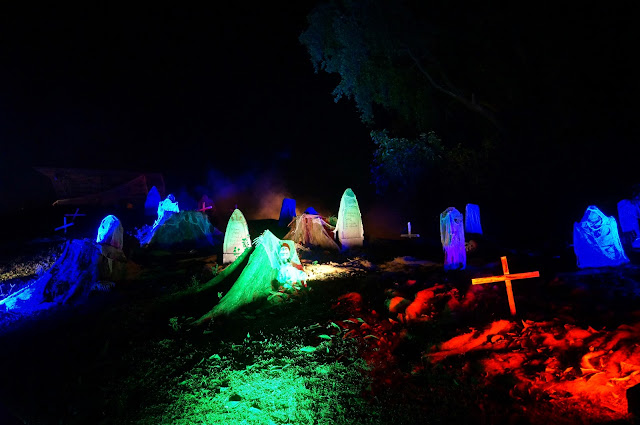 Do you know: There are 200 ghost at this year event 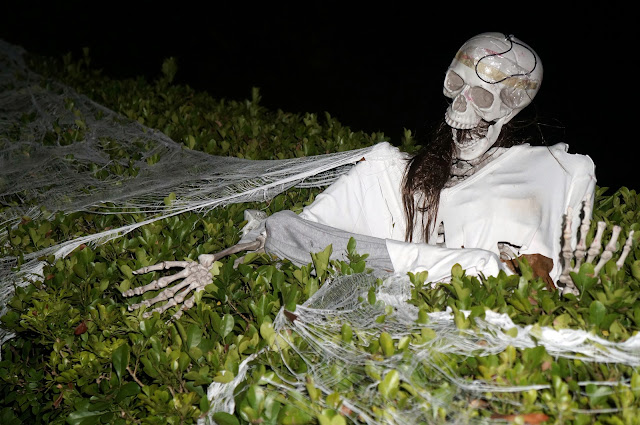 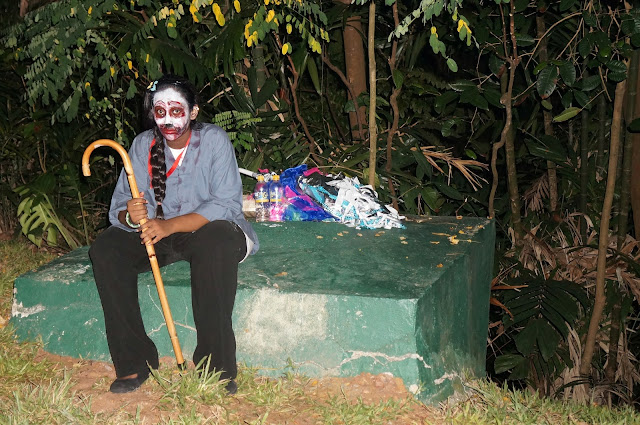 Not to worry, if you are thirsty there are always a drink stall nearby. 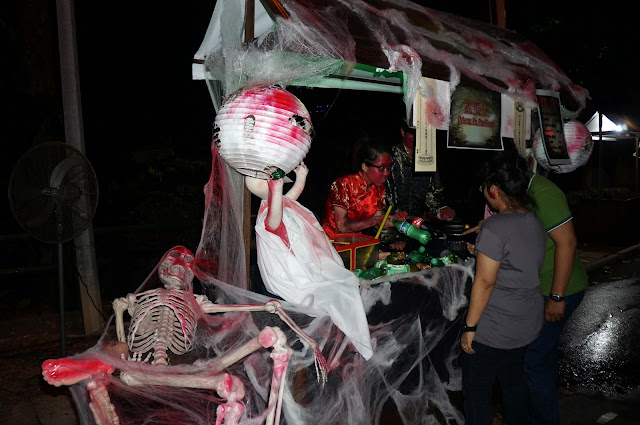 Food stall are also available, near the Deadly Doll Studio and other places. 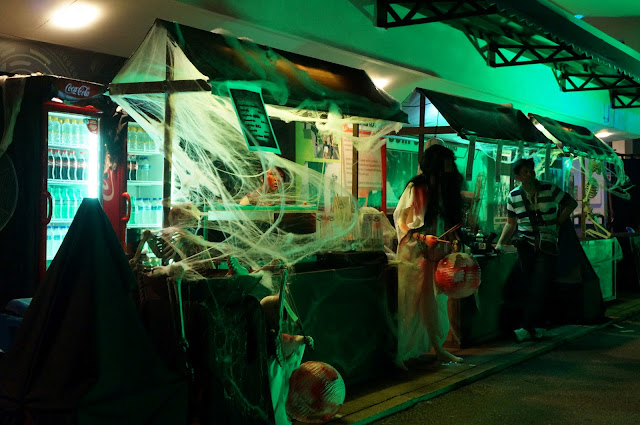 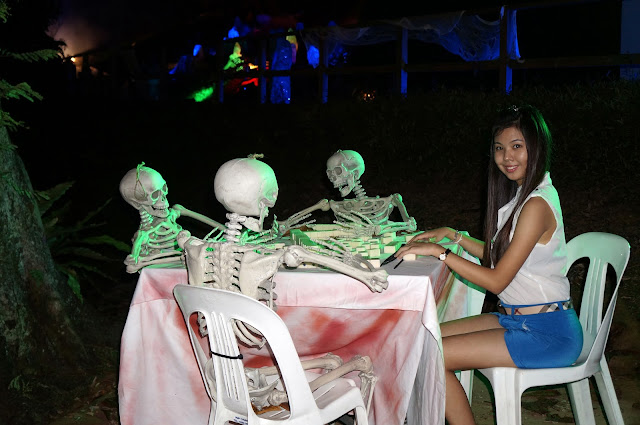 Ouija Board
Yellow Zone
Responsible for burying prisoners-of-war during WW2, the caretaker used to live in the dilapidated house atop Mount Siloso before he was also tortured to death by the soldiers. The abode became the favourite haunt of occultists for dark rituals, and the anguished spirits were summoned for Ouija readings. But no one dares visit after one such unholy pilgrimage went wrong, and the inquisitors vanished mysteriously. If you’re dying to know what happened, come ask the spectres yourself — but don’t get spirited away! 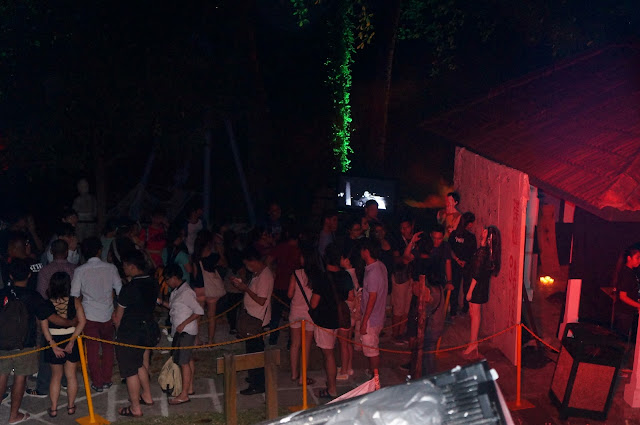 Inside is a room to room walk, enter only if you dare! Exit of the Ouija Board trail. 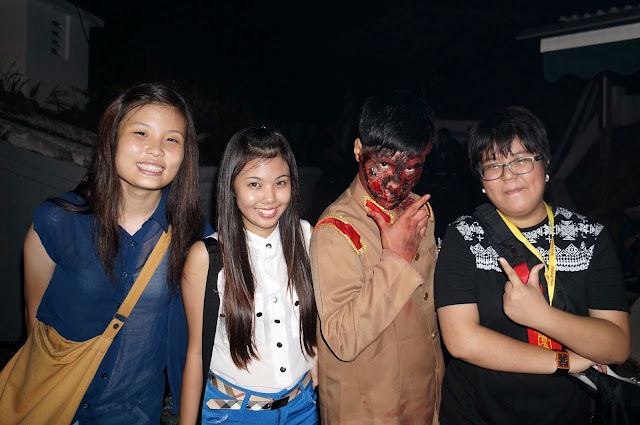 My favourite photo of they day! 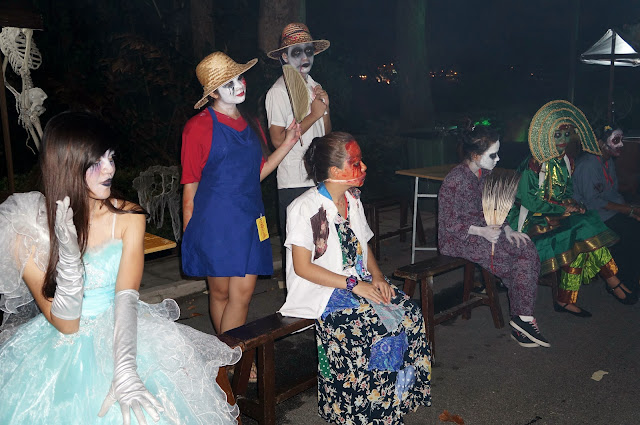 My opinion: I think that they need more ghost inside the trails because it is not very scary and too much ghost are loitering outside which kind of overload the place. 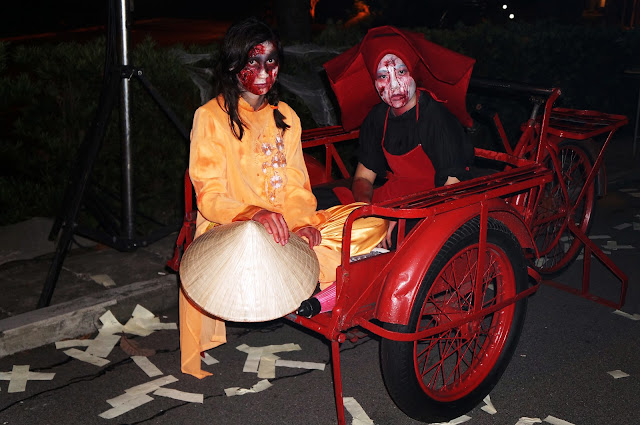 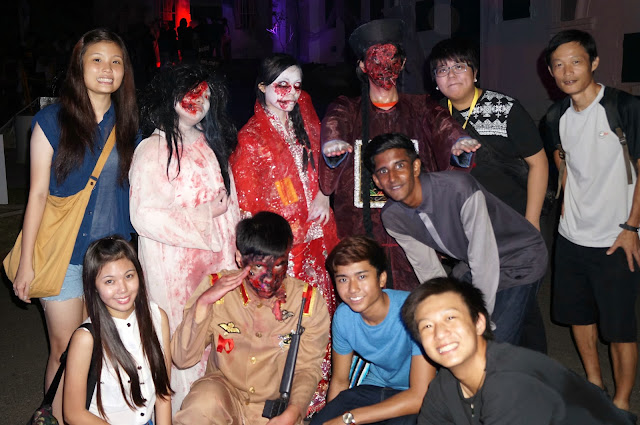 Ending off with a photo of people who accompanied us through the walk.

January 04, 2015
To further enhance my guestbook I decided to include some pictures of my friends who wrote down their wishes for me, at the right timing Pixaroll approach me for a collaboration by offering me 12 square stickers in 2.5 x 2.5 inch.
Post a Comment
Click to read more »

November 16, 2018
A few months ago, I did a non-invasive treatment at Halley Medical Aesthetics to remove stubborn fats in my cheeks using CoolSculpting , a technology that uses controlled cooling to target and kill fat cells. No surgery, no needles, no downtime needed.
Post a Comment
Click to read more »

May 22, 2014
This post has been sitting in my draft for awhile and now it's finally time to publish it. Being a cabin crew aka air stewardess is a dream job for most of the girls and it may also attract eyes of envy, furthermore cabin crew get to enjoy in different country each time after work(that's other people mindset), however most people need to understand that the job is not as luxurious as it seems and cabin crew will also be sacrificing their family time for work. There was this day when I have finally graduated from ITE and found out that Scoot is recruiting cause I am constantly checking out their website hehe so I decided to send in my application. One reason why I choose Scoot is because it is a new airline and the people there all share a common characteristic which is "Scootitude" that makes them so fun-loving. Image credit: Hpility
65 comments
Click to read more »

Serene Koh
This social space is where I document my life and encounters, I hope you enjoy your stay here.