- February 18, 2015
NIVEA have more than 100 years of history, it is a trusted and credible brand from German. NIVEA is skin care focused and believes that healthy skin is a beautiful skin.

Do you realize that every household will have at least one NIVEA product? I didn't until I went to count how much I've own from different range. Reason why I have them is because they are real affordable, effective and trust-able that's why I support NIVEA. 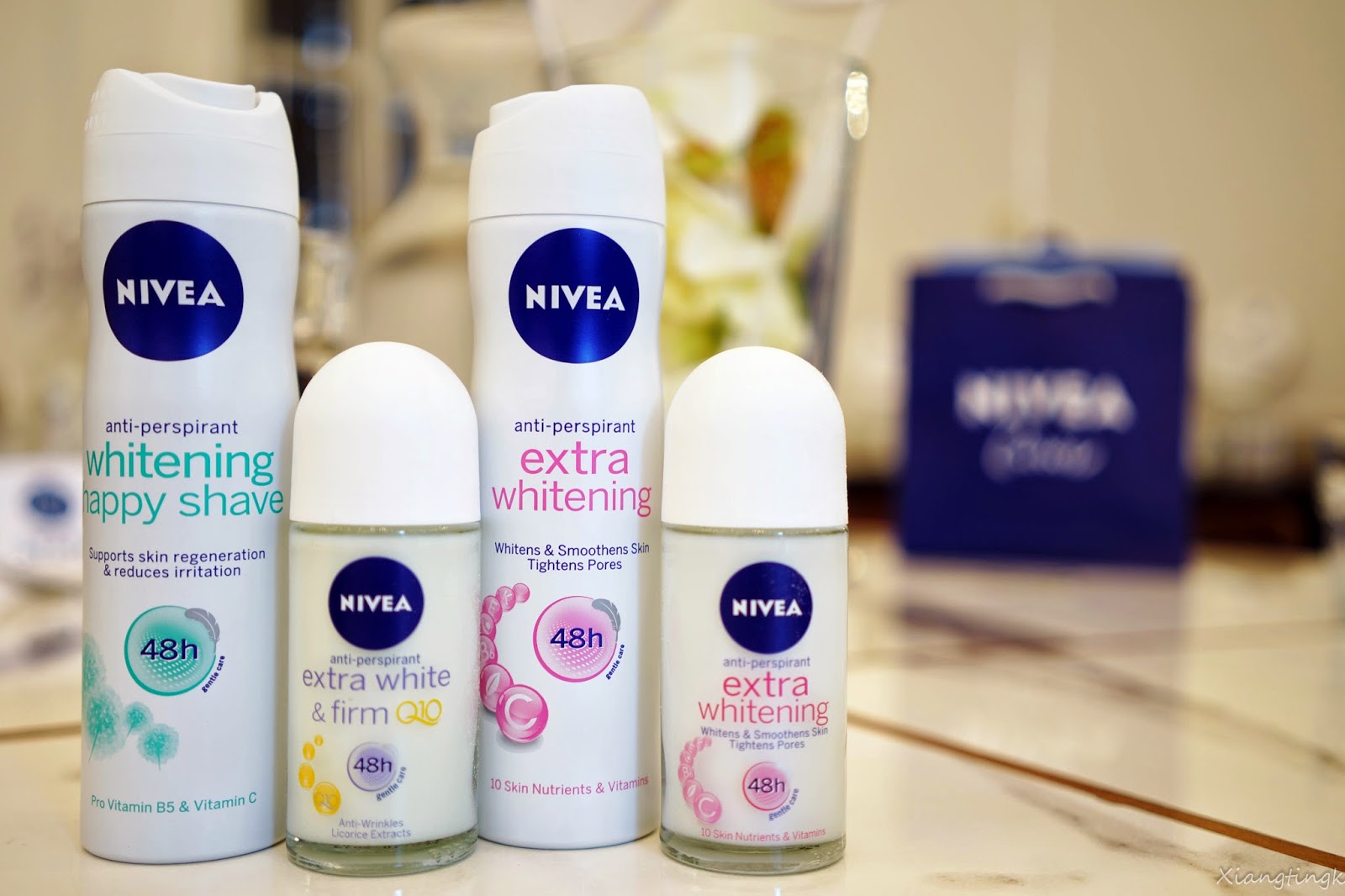 Attended the luncheon by NIVEA weeks ago held at National Museum of Singapore, Food For Thought to understand the new range of NIVEA deodorant. 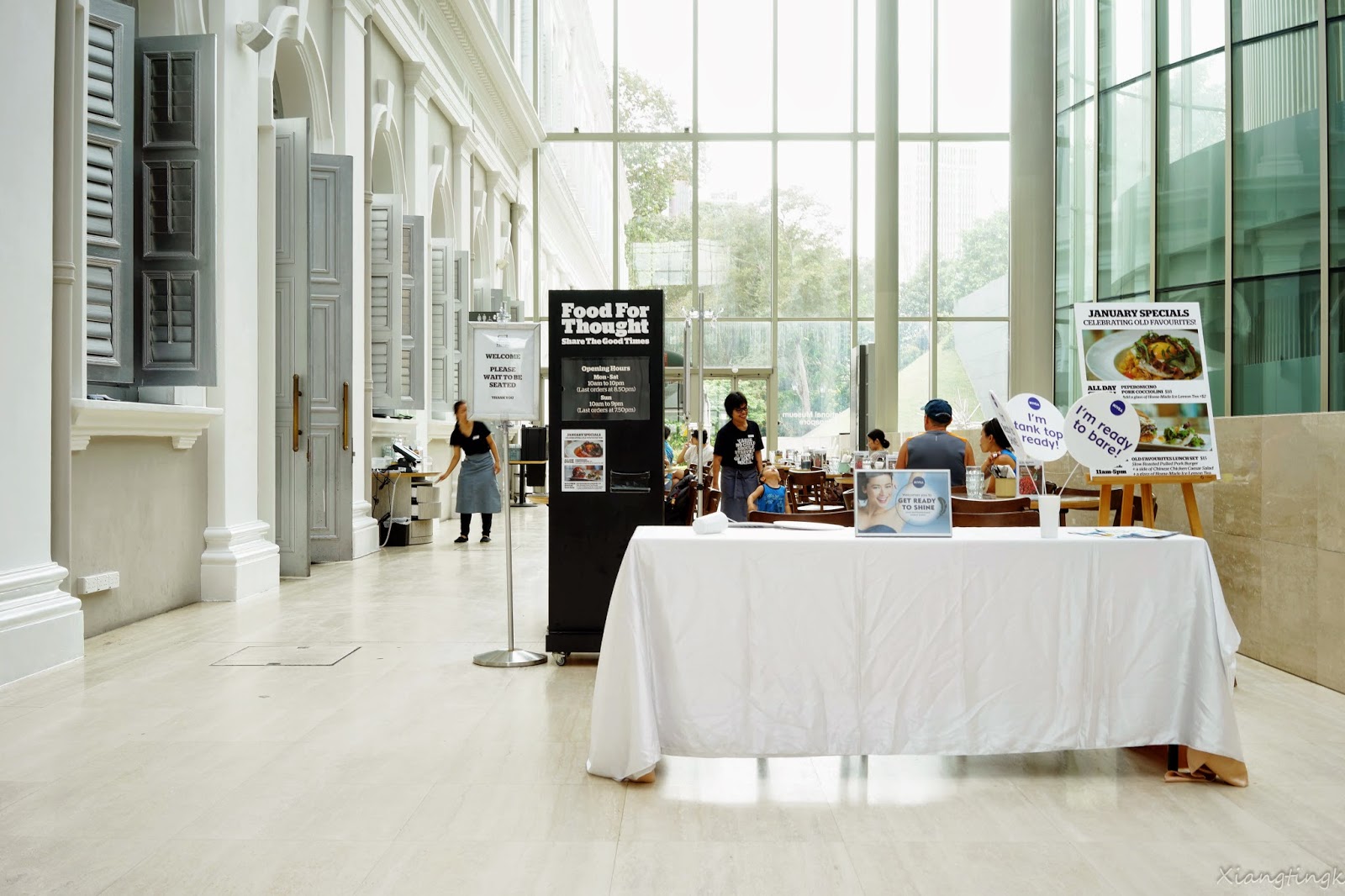 Do you know that NIVEA deodorant is the No.1 deodorant in Singapore market for the past 4 years and their whitening range is the best seller in Singapore? NIVEA is the 1st to launch the invisible range that leaves 0 stains on your clothes, has whitening variants to target dark skin caused by shaving/plucking. 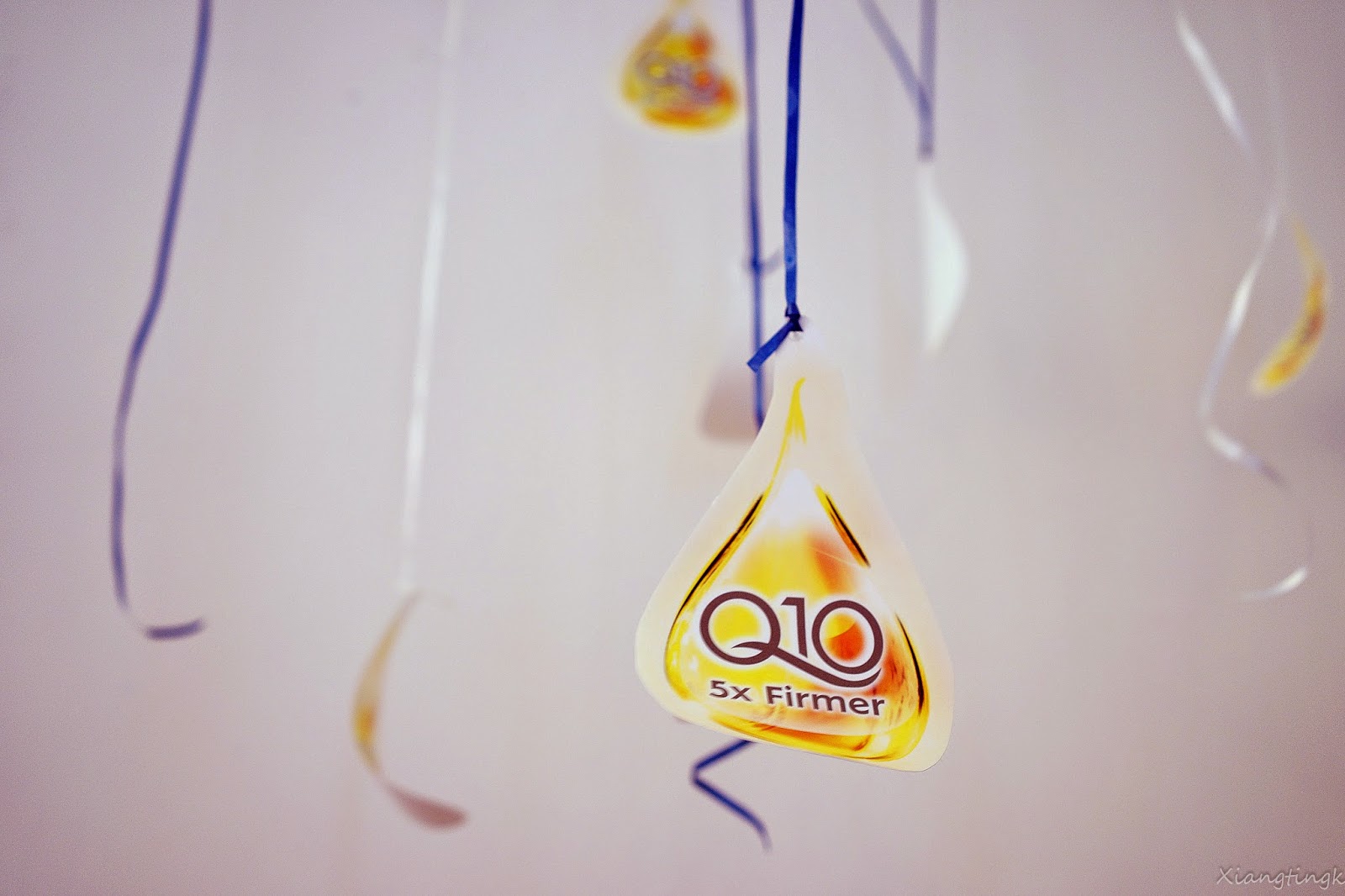 For the first time, deodorant has a firming ingredient present in skincare:

One thing I am afraid of using a deodorant is that they will leave a sticky after effect which made me sweat more than I should, however after using NIVEA Extra white & Firm Q10 deodorant for days I felt that my underarm is dry as promise, it also lighten my skin colour as I have dull underarm from all the shaving before an IPL session and didn't make my underarm sweaty even if I forget to apply it on the next day because NIVEA deodorant provide 48 hour care. 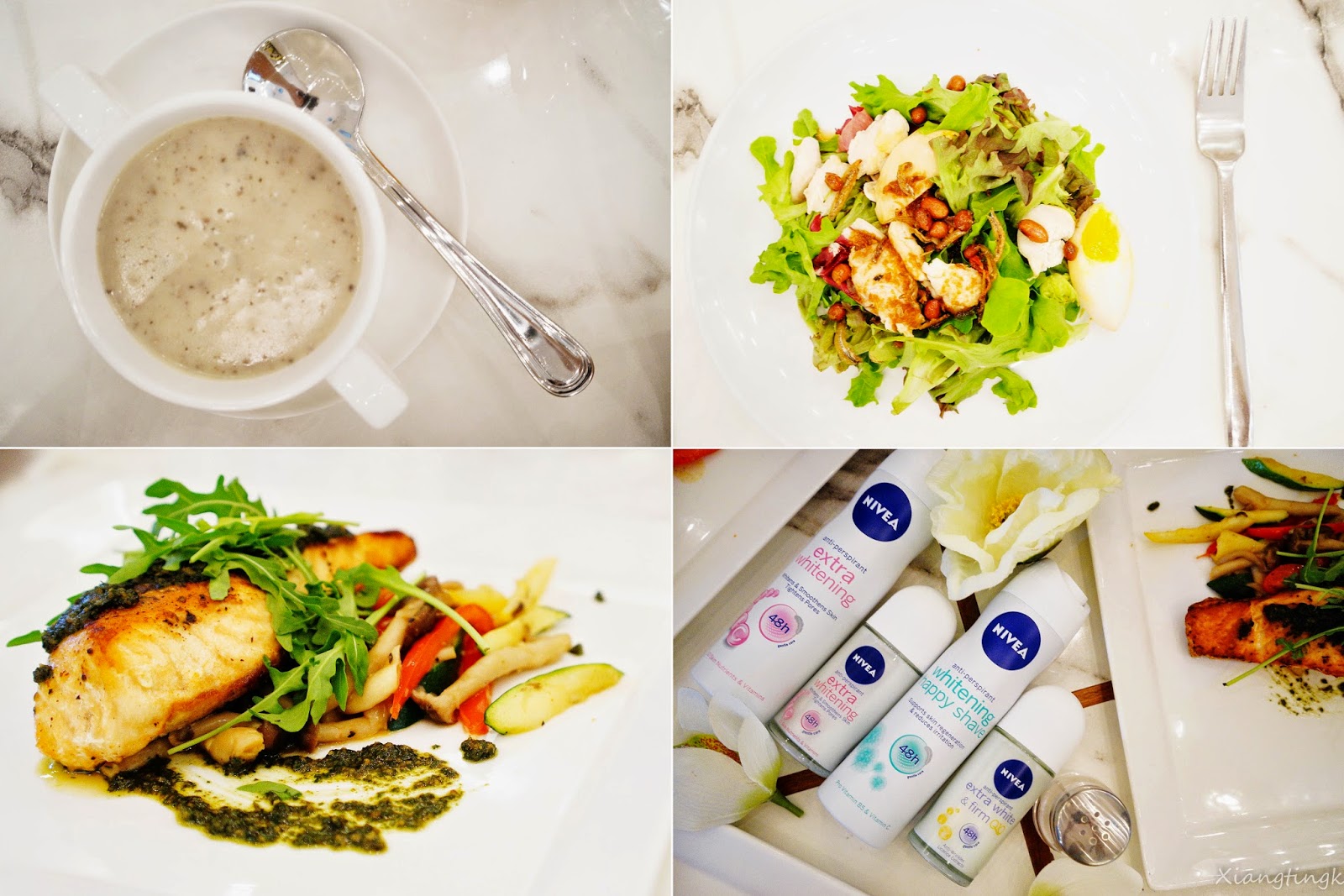 Thank you NIVEA for the meal and Nuffnang for the invitation! 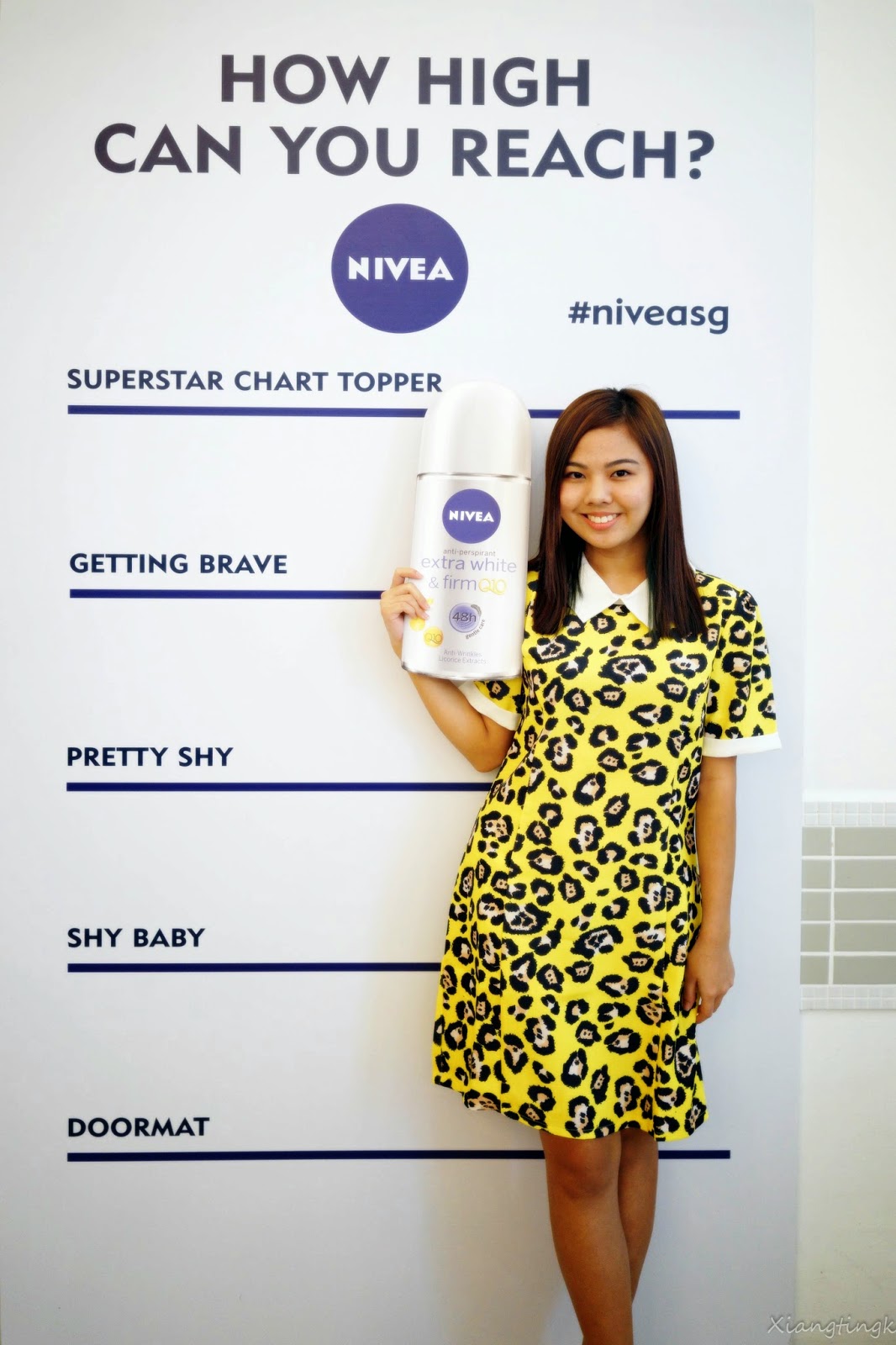 For now I am getting brave and still in the mist of being a superstar, I believe with the help of NIVEA Extra white & Firm Q10 deodorant I am sure my underarm will be ready to see the world.