- January 04, 2020
I came across an interesting and inspiring video on Facebook, one of the stories reminds me of my God-father saying. And so, I copied the URL and send it over to him via Whatsapp. Guess what, I'm tasked to translate it from Chinese to English and typed them out! Since I've gotten it done I thought why not share it here for the benefits of my readers. 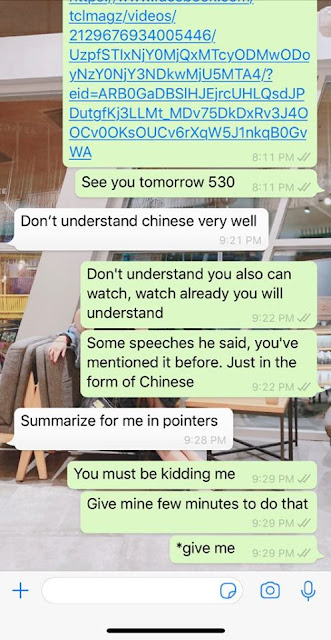